Trump back on twitter via “Truth Social” posts; banned again 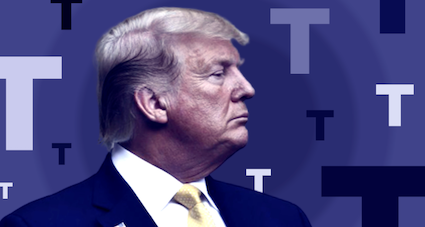 Donald Trump launched his new social media platform Truth Social to get his voice to his supporters, ever since he was banned from Twitter. The former United States President, however, recently started posting all his posts from Truth Social onto Twitter through a username @PresTrumpTS . But this did not last long, and the account has now been banned from the micro-blogging website.

Prior to being banned the description of the account read “President Donald J. Trump’s Truth Social Posts on Twitter — Making sure President Trump is heard on Twitter while he and Devin Nunes focus on Truth Social.”

According to Huffpost, before the account was banned on Tuesday, there were 210 tweets available, copy-pasted by Mr Trump from Truth Social with a suffix “Please Follow & Retweet”.

The account had been active since April, according to a report in Huffpost, and was trying to subvert Mr Trump’s lifetime ban from Twitter. His ban was declared in 2021 after the January 6, 2021 attack on the US Capitol by his supporters. The platform’s management had declared that the former President’s tweets had incited the violence.