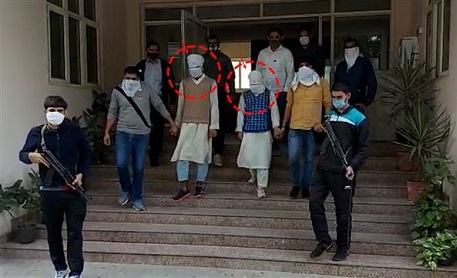 As per police a major terror attack was being planned around Diwali.

The operation was conducted by DCP special cell, Sanjeev Yadav

Deputy Commissioner of Police (Special Cell) Sanjeev Kumar Yadav said, “On the basis of the information received, a trap was laid near Millennium Park, Sarai Kale Khan, and two suspected terrorists, who are residents of Jammu and Kashmir, were apprehended around 10.15 pm.”

Two semi-automatic pistols along with 10 cartridges were recovered from them, the DCP said.