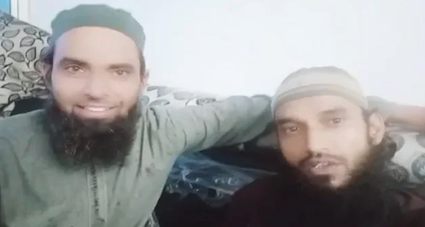 One of the killers of Udaipur tailor Kanhaiya Lal had links with Pak-based terror groups and had 10 Pak numbers on his phone, sources said. Five more have been detained in the case, which is being handled by the National Investigation Agency.

One of the accused, Mohammad Riyas Ansari, was in contact with Pakistan-based terror groups. Gulam Gaus had visited Karachi in 2014. Before killing Kanhaiya Lal, they had watched many ISIS videos and made multiple calls to Pakistan, said sources in the police and the Special Investigation Team formed by the Ashok Gehlot government.

Riyas was waiting for Kanhaiya Lal to open his shop for the last one week. On June 17, he made a video where he said after an “act” he will make his video viral. He had called upon others to join him as well, sources said.

Rajasthan Chief Minister Ashok Gehlot tweeted saying a preliminary investigation has revealed that the murder was done to spread terror and the killers had links in other nations. A case has been registered under stringent provisions of UAPA, he said.

Curfew was imposed in parts of Udaipur and internet connection severed across the district last night after stray incidents of violence were reported from some areas. Large gatherings were banned across Rajasthan.