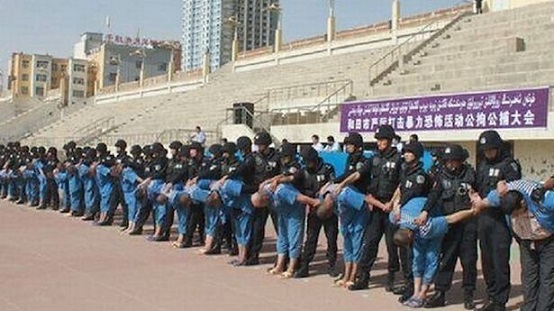 Reports have surfaced that more than a million Uighurs in Xinjiang, a far west province of China, are being sterilized in what has been termed as an emerging “genocide”.

An AP report claims that a million Uighurs, a Turkic Muslim ethnic minority, who have been detained under the “re-education” programme, an Orwellian term for arrest, are being actively sterilized.

Women are subjected to forced pregnancy prevention shots and after being released found out in medical check-ups that they were sterile.

In recent years, China has relaxed its one-child policy and is even encouraging families from the Han Chinese majority to have more children.

Meanwhile, the US secretary of state, Mike Pompeo in a statement called Beijing’s practices to “demonstrate an utter disregard for the sanctity of human life and basic human dignity.”

There is call worldwide to punish dozens of multinational companies that benefit from the alleged forced labour of Uighurs in China.