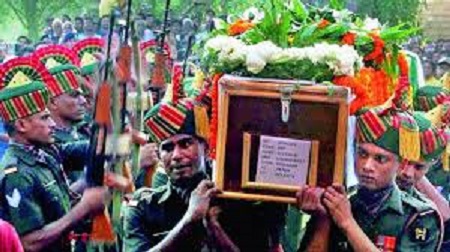 In our neighbourhood, we were close to open hostilities on the borders with Pakistan in February 2019 after the Balakot air strikes. These attacks were the result of retaliatory strikes carried out by Indian Air Force (IAF) on a Jaish e Mohammad (JeM) training camp.

After Kargil war in mid-1999, India had desisted from deployment of its air assets in an open manner against hostile targets. Of course, it had used IAF helicopters for clandestine operations to transport troops of Special Forces (SF) on September 28, 2016. The trigger for what came to be known as Surgical Strikes later was an attack on an Army camp in Uri on September 18, at least 11 days earlier.

This attack had also been carried out by four Jaish terrorists carrying AK-47 rifles and grenades. The aftermath of this attack was not only the Surgical Strikes by Indian Army, but also cancellation of the SAARC summit scheduled for November 9-10, 2016, in Islamabad. This happened because India refused to participate in this summit in protest against the Uri attack.

At that time, the BCCI was considering the revival of cricketing ties with Pakistan but it shelved its move indefinitely after the attack. Sporting ties in other disciplines were also severed soon thereafter.

In all, 19 Indian army personnel were martyred in the attack. All those who lost their lives were from 10 Dogra and 6 Bihar regiments. Most fatal casualties occurred as the tents in which the troops were sleeping had caught fire.

For many years, we have not heard of SAARC and it is a regional grouping that is as good as dead. Who was responsible for the rapid fading away of this group? May be some casual observers can blame it on the Indian government’s refusal to participate in November 2016 Islamabad meeting which would have been the 19th summit.

That is not the correct answer though as it can be said that SAARC was killed by Jaish chief Masood Azhar and his followers. The same Masood who was released in exchange for hostages of flight IC-814 decades ago in Kandhar, along with four other terrorists.

At the bilateral level, between India and Pakistan, Indian cinema started boycotting Pakistani artistes, both singers and actors, after this attack. In tit for tat move, Pakistan also banned Indian movies, TV shows etc from being telecast.

Late Manohar Parrikar was the Union Defence Minister and he had visited Uri after the attack. It needs to be remembered that on July 8, 2016, infamous terrorist Burhan Wani had been neutralised by the Indian security forces. This had led to large scale disturbances in the Kashmir Valley lasting several months.

Pakistan Foreign Minister Shah Mahmood Qureshi is today visible to us as the public face of foreign policy of Pakistan. However, the real force that has defined the dynamics on ground is actually Jaish e Mohammed. Of course, other terrorist groups like Lashkar e Taiba (LeT) which had carried out the 26/11 Mumbai attack of 2008 have contributed their bit. As have Syed Salahuddin and others of their ilk.