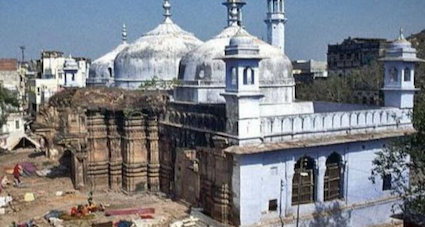 The Varanasi district court today said it will first hear the Order 7/Rule 11 petition filed by the Muslim side, to decide if the civil suit by Hindus seeking worship rights inside Gyanvapi Mosque is maintainable or not. The matter has been listed for hearing on May 26.

District and sessions Judge Ajay Kumar Vishwesha also ordered the copies of the Gyanvapi survey report to be given to both sides and sought objections on the same.

On Monday, the court was dealing with the specific matter of whether it should first hear the application filed by the Mosque’s caretaker committee; or take the commissioner’s survey report into account and invite any objections to it.

In the application, the mosque committee had asked for the suit to be declared void in light of the 1991 Places of Worship Act. The Act provides for the maintenance of the religious character of any place of worship as it existed at the time of independence.

Meanwhile, the Hindu side had urged the District Judge to grant access to the CD, Photographs, and other contents of the survey report on the Gyanvapi Mosque. To this, the Muslim side submitted a maintainability application to be heard first.

On May 20, the Supreme Court transferred the Gyanvapi Mosque case from the trial court of Varanasi to the district court, saying that the complexities and sensitivity of the issue should be heard by a “senior and experienced judicial officer”.

In previous hearings, the Anjuman Intezamia Masjid committee, which looks after the maintenance of the Gyanvapi Mosque, had sought for the entire survey to be stalled under the Places of Worship Act, citing the court’s powers under CPC Order 7 Rule 11.

During Monday’s hearing, the plaintiffs argued before the district court that the Order 7 Rule 11 application should not be heard separately and that it should be considered along with the findings of the survey commissioners’ reports.