Video nails: There is no difference in farm laws protest and battle for. Khalistan 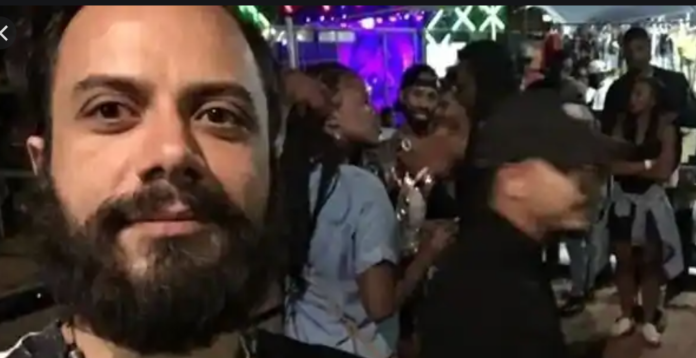 A video of pro-Khalistan Canadian group Poetic Justice Foundation (PFJ) founder Mo Dhaliwal has emerged now in which he says that even if farm laws are repealed, protests should continue. The repealing of the farm laws was “the beginning of the battle” and added that all movements from those against farm laws to those organised for Khalistan were “part of the same struggle”.

Mo Dhaliwal’s name had surfaced a couple of days ago when rent a cause activist Greta Thunberg had inadvertently released some documents in public domain. In the video that surfaced on Friday, Dhaliwal is seen standing at the steps of a building in Canada. He says: “If the farm bills get repealed tomorrow, that is not a victory. The battle begins with the farm bills victory, but it doesn’t end there. If someone tells you this, they are trying to separate you from the farmers movement, the Khalistan movement.”

M Dhaliwal standing in the entrance of visa Consulate office in Vancouver on 26 JANUARY his uncle a Khalistani was killed by Punjab police after 1984 Riots pic.twitter.com/6RNXNrZC8N

Justifying the call for Khalistan, Dhaliwal says: “My uncle was killed because he became a Khalistani. It does not matter if you are carrying a Kisan Mazdoor Zindabad flag, or a farm bill flag, or a Khalistani flag, understand we are all part of the same movement.”

Delhi Special CP Crime Praveer Ranjan said on Friday that a case has been filed against the authors of “toolkit document” shared by Thunberg as it aimed to create disaffection and disharmony. The FIR against unknown persons has been lodged under sections 124 A (sedition), 120-B (criminals conspiracy), 153 A (spreading hatred against among communities) etc.

The “toolkit” issued by PJF, shared by Thunberg, aimed to get global attention on the ongoing protests by farmers near Delhi. The toolkit claimed that “India has a long history of human rights violations, violence and cruel indifference for its most vulnerable citizens”.