Virat Kohli could break Ponting’s record in the WTC final 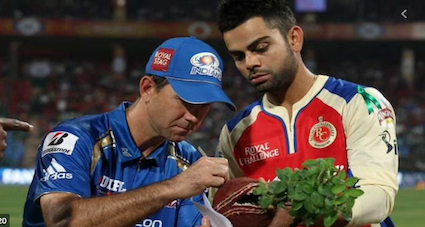 Indian skipper Virat Kohli hasn’t scored a century in more than 500 days, which is the longest gap for the Delhi batsman ever since he has started playing international cricket. However, if Kohli hits a ton in the one-off Test against New Zealand, starting June 18, he would go past former Australian legend Ricky Ponting in terms of most centuries scored as captain. The 2011 World Cup-winning player currently has 41 international centuries as captain and is tied with Ponting since his last ton against Bangladesh in 2019.

Kohli needs one more century to overtake Ponting in the list of most centuries as captain of the side. If Kohli scores a ton against New Zealand in the inaugural edition of the World Test Championship (WTC) final, it would be his 42nd international century as captain, most for any skipper in the history of the game. Kohli’s impressive consistency in terms of scoring centuries came to a halt last year after several sporting activities had to be suspended in the wake of the ongoing COVID-19 crisis. Just like other teams around the world, the Indians did not play much cricket in 2020 and hence fewer opportunities were created for Kohli to score a ton.