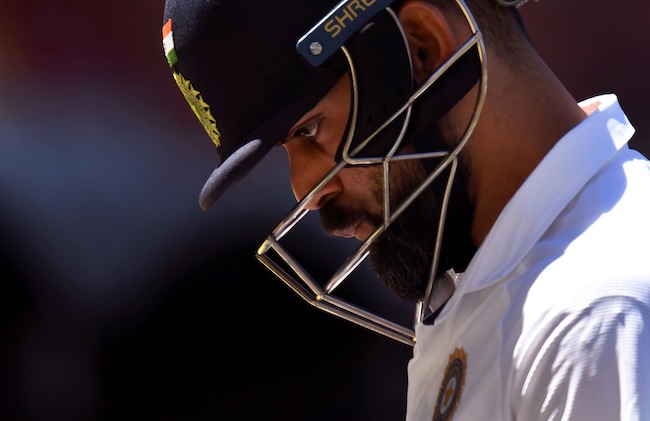 Indian skipper Virat Kohli left for home from Australia on Tuesday morning, handing over the mantle of captaincy to Ajinkya Rahane.

Kohli wants to be by the side of his wife Anushka Sharma who is expecting an addition in the family in January 2021.

It is learnt that Kohli had a meeting with his teammates and boosted their morale after what was a demoralising loss to Tim Paine’s team in the first game of the four-match Test series.

Rohit Sharma meanwhile is quarantined in Sydney and there has been no talks about moving him from the city after the fresh outbreak of Covid-19 cases. A BCCI official has confirmed that Rohit would continue to undergo quarantine in Sydney.

Asked about his endurance programme, the official said: “He is being monitored by the physics and he is doing his regular endurance work in his room. It’s all about keeping fit and ready for action when it comes to hitting the ground running.”

Cricket Australia has confirmed that the Sydney Test between the two countries remains on track despite a fresh Covid-19 outbreak in the city.

The third Test between India and Australia is due to begin in Sydney from January 7. The last Test of the series would be in Brisbane from January 15.