Virologist who quit critical of Centre: Look at his own track record 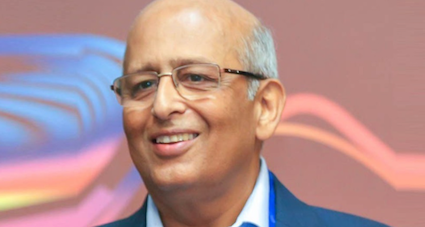 Senior virologist Shahid Jameel quits from his chairman post of the Indian SARS-CoV-2 Genomics Consortium (INSACOG), a forum set up by the union government in December last year for laboratory and epidemiological surveillance of circulating strains of Covid-19 in India.

INSACOG was set up by the Centre mainly to detect genomic variants of the SARS CoV 2, after concerns that the B.1.1.7 variant, first detected in the UK and found to be more transmissible, may have arrived in the country. It was responsible for keeping a tab on the strains circulating in the country.

Jameel has been critical of the central government’s handling of the pandemic, particularly the second wave. He even targeted the government for their inefficacies in his piece, which he had written for The New York Times in which he had said that scientists in India are facing a “stubborn response to evidence-based policymaking.”

However, it is important to note that he’s the same person who, in early January this year, had said that India will not face the second wave.  “India’s first wave was quite broad. The peak was not very sharp. As a result, I think India may not have, what we traditionally call, a second wave,” Jameel said.

While he continues to accuse the government of their shortcomings, Dr. Jameel has himself failed to understand the severity of the coronavirus outbreak.

Additionally, in his piece, Dr. Jameel suggested that the Indian government should focus on increasing vaccine production and they must scale up their vaccination drive to inoculate at least 7.5 million to 10 million doses every day.

However, being a scientist himself he questioned the efficacy of both Indian approved vaccines – Covishield and Covaxin made by the Indian scientists to fight against the virus.

“Vaccines are a product of science, and there is a methodology and process to a science. It is based not on beliefs but on data and evidence, which is found to be lacking in this case,” he said for Covaxin.

“India is on a continuous declining curve since mid-September. From a peak of about 95,000 per day (7-day average), we are now down to about 18,000 cases per day. What was the tearing hurry?”

He had cast aspersions on the trial data of the two vaccines, which arguably aggravated the vaccine hesitancy among people.

(This rewrite is largely based on a piece in OpIndia).