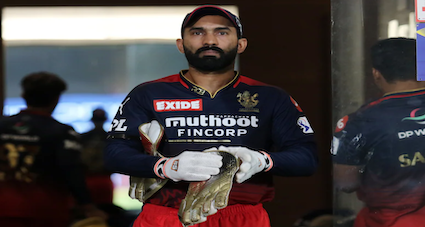 ‘Catches win matches’ is one of the most widely used proverbs in the game of cricket. And that could have the case when a high-flying Jos Buttler edged a Harshal Patel delivery in the 11th over of Rajasthan Royals’ chase, offering a simple catch to Dinesh Karthik, wicketkeeper of Royal Challengers Bangalore.

Inexplicably, though, Karthik failed to take the regulation catch with Buttler batting on 66 at the time. The Rajasthan Royals star went on to hit an unbeaten 106 to help his team reach their first IPL final since 2008. For Dinesh Karthik and RCB, it was a case of what could have been.

In Karthik’s defence, RR were well on their way to chasing down the target and Buttler’s wicket might not have made a difference in the larger scheme of things.

While on the flip side, had Karthik taken the catch, who knows, RR might have crumbled and had a batting collapse.

But just the fact that Karthik dropped a catch so simple, was hard to fathom.

Elon Musk has unveiled the 'Twitter Files' on the microblogging site on Saturday. Musk tweeted a link to the account of independent journalist Matt Taibbi,...