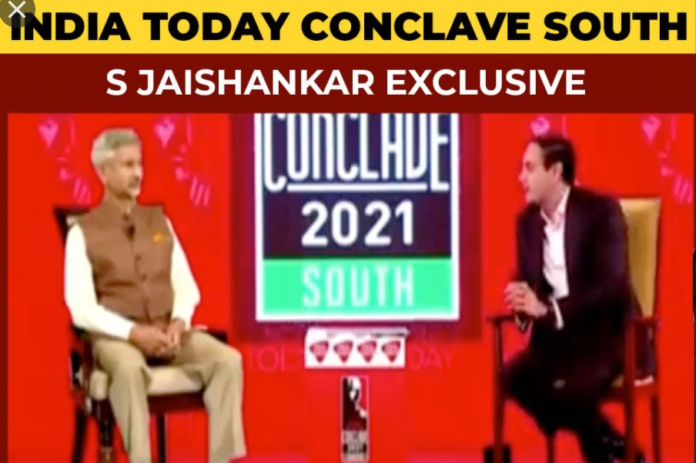 India’s foreign minister S Jaishankar says the country doesn’t need certificate on its democracy from other nations while speaking during the India Today Conclave South on Saturday.

“It is hypocrisy. We have a set of self-appointed custodians of the world who find it very difficult to stomach that somebody in India is not looking for their approval…They invent their rules, their parameters, pass their judgements and make it look as though it is some kind of global exercise.”

In recent times Freedom House of the United States has downgraded India on its “freedom” rankings.

Jaishankar made an analogy on the charge that BJP is dubbed as a “Hindu nationalist party” in these agenda-driven biased reports.

“We are the nationalist guys. We have given vaccines to 70 countries in the world. Tell me the internationalist countries. How many vaccines have then given? Which one of these countries have said that while I do (vaccinate) my own people, I will do other people who need it as much as we do. Where are these people?”

India is charged in these reports as a nation where civil liberties are shrinking.

“Whatever you may say, in this country, nobody questions an election. Can you say that in those countries?”, said Jaishankar a direct reference to the bitter fight in the United States over the election results.

“All of us are entitled to our beliefs, our faith and values. I do not put my hand on a religious book when I take my oath of office. Guess which country does?”

Jaishankar concluded: “I am self-assured about my country. I don’t need a certificate from other countries who clearly have some agenda to drive.”