Welcome disengagement but don’t confuse it with thaw 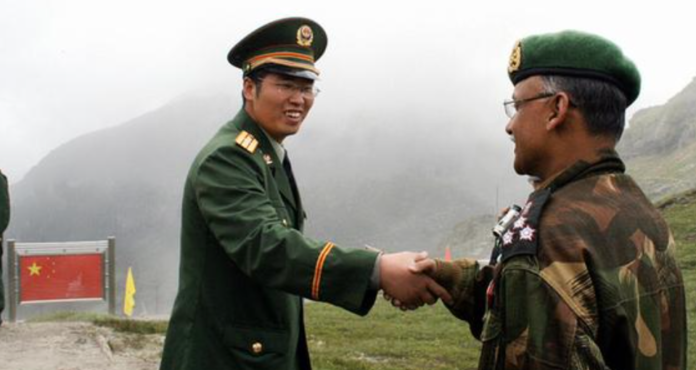 The Indian and Chinese troops have started “synchronised and organised disengagement” on northern and southern shores of Pangong Tso lake, according to an announcement made by the Chinese Defence Ministry on Wednesday. Indeed, tanks and other heavy equipment has started moving back in the said sector but the nitty-gritty of the backward pull is not in public domain.

Incidentally, this is happening after nine rounds of negotiations between the two sides. Be that as it may, does it mean the two sides are ready to bury the hatchet and end all hostile moves along Line of Control (LoC)? No. This is a tactical move which suits both the sides at this moment and should not be seen as a strategic thaw.

Trusting the Chinese is the last thing that India can afford. Just as repeatedly trusting Pakistan and giving it a long rope has brought grief to us. This pull-out can at best be called something temporary, or for the time being only. What does that imply for India in the long run? Say three or four years from now?

Well, the bitter truth may be that we are moving towards the possibility of a two-front war, on the eastern side with China, and on the western side with Pakistan. We have been making all preparations for the past couple of years with that eventuality in mind. The pull-out now underway will not change that ground reality.

Many months ago, when the escalation in Ladakh had started, we had talked of the possibility of Line of Control (LAC) with China becoming similar to Line of Control (LoC) with Pakistan. The moment is here now upon us and despite the pull-out, mutually agreed upon, trust deficit is going to be a permanent feature in India-China ties.

Even after the troops withdrawing to depth areas on both sides, plans for rapid mobilisation will have to be kept ready. Several infrastructure projects, including tunnels in Himalayas, will have to be undertaken with a more sense of urgency than they were handled in the past.

Most of us may be familiar with the fact that the term LoC dates back to 1947-48 first war between India and Pakistan. It may be interesting to know when the word LAC began to be used for referring to the borders between India and China? Well, it seems the first time this term was used was during PV Narasimha Rao’s tenure in 1993 when he visited Beijing.

At that time, an agreement was reached on “maintaining peace and tranquility along the LAC in the India-China border areas”. In the military sense, the word LAC, which is actually Tibetan border, dates back to that era. It needs to be remembered that historically China never shared an international border before it annexed Tibet. Of course, India had a land border with Tibet and the two sides mostly had cordial relations.

It is important to remember that the Chinese had said in September 2020 that the LAC was something that referred to a line as it existed on November 7, 1959, and not the one agreed upon in 1993. This official Chinese stance was reported by the Beijing correspondent of a national daily.

The pull-out from Pangong lake may have started but what about other areas within Ladakh? In Pangong area, will it mean India pulling back from the Kailash range it had occupied in late August 2020? Will it mean restoration of status quo ante as it existed prior to May-June 2020?

What will happen in Chumar and in Depsang plains where the Chinese are now deep into the Indian areas? Not much is clear now, nor much will be shared by the two sides in the near future. However, for now, this disengagement of troops along LAC can be called a positive development.