What Delhi HC said on Kejriwal govt. and you didn’t read in Lutyens Media 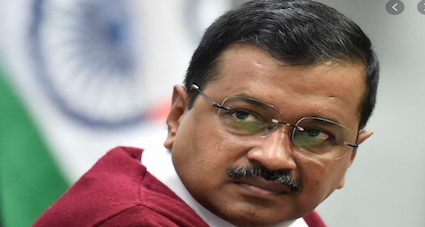 Since everyday we are reading in Lutyens Media some or other Court intervention pulling up Centre, NewsBred thinks a few observations must also be delivered to readers which are snipped by India’s biased media.

So this is about Indira Gandhi hospital in Corona which was pompously declared opened for 250 patients by Arvind Kejriwal’s government in media last Saturday. Only, the Delhi High Court observed that till Tuesday, not a single bed had been allotted to even a single patient.

The Delhi High Court asked the Kejriwal government as to why it told the court that the facility is functional when it wasn’t even after 72 hours.

The High Court warned Delhi government’s officials from making any false claims in their presence. We would lose all faith in your words, said the High Court.

Following this the Delhi High Court ordered the Delhi government to give a complete data of oxygen and non-oxygen, ICU and non-ICU beds in the Capital.

The audit of Delhi’s supplied oxygen has already been ordered by the court.

As an aside, today’s morning daily are full of reports on the opening up of a splendid Covid Centre at Ramleela Ground. What’s not mentioned is that the 500 ICU bed have been provided for from PM CARES Fund.

BJP’s MP from West Delhi, Parvesh Sahib Singh has released a ground-report video on the issue. He has also lambasted media: “Jiski Khate Hain, Ussi Ka Naam Lete Hain (They praise only those who feed them).”