What future holds for new J & K? Coalition govts would still be order of the day 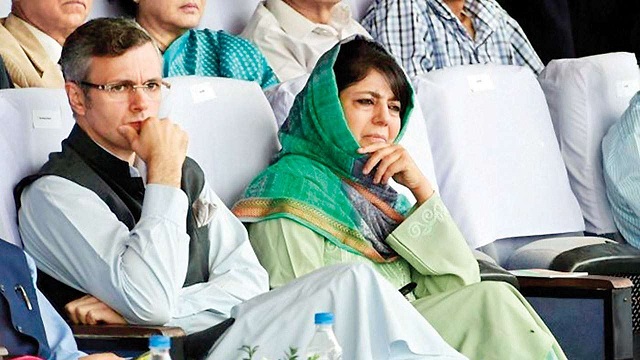 (This is the fifth piece in the special series on Jammu and Kashmir. Here are the first four pieces I , II , III and IV).

Prediction of future political developments is hazardous at any given time, more so in Jammu and Kashmir. At a time when it is about to complete a year without its so-called “special status” it was shorn of a year ago.

On August 5, 2019, the Central government had bifurcated the state into two Union Territories (UTs) of J&K and Ladakh. That had fulfilled a long-standing demand of Ladakhi Buddhists for UT status. In Jammu region also, there was not much reaction to the Centre’s steps

The story of Kashmir, on the other hand, during the last one year, has been of despair and shock. A large number of politicians, be it Farooq Abdullah, his son Omar, Mehbooba Mufti, several of her colleagues, Sajjad Lone et al have remained under house arrest. Or preventive detention of some other kind with little political activities allowed.

Even though some mainstream politicians have been released, most of them have you adopted a “wait and watch policy”. Only politician who issues a statement now and then these days is the former finance minister Altaf Bukhari.

Incidentally, Bukhari had formed Jammu Kashmir Apni Party (JKAP) after walking out of Mehbooba-led PDP. Several other leaders had also left the PDP and joined Apni Party. Besides, some Congress leaders have also joined him but his party has failed to make much headway in the UT politics so far.

Besides, Covid-19 pandemic too has hit normal political activity in Kashmir. In the context of Kashmir, even the word normal has acquired an abnormal meaning. Normalcy there perhaps is understood as street protests, stone-pelting, killing of terrorists or by them, infiltration on Line of Control (LoC) etc.

Of course, many of these elements are missing from present Kashmir landscape. Given all this, it is not clear as to when political activities will pick up in the UT. Then there is another reason for the parties to take it easy for now about what they do best, politicking.

Oh, fresh assembly elections are to be held in the UT of J&K only after fresh delimitation of 90 assembly constituencies and five Lok Sabha segments. That exercise itself may take more than a year and keeps politicians reined in.

Yet, one thing is clear that the next CM of the UT will have far less powers than Mehbooba, Omar or other CMs earlier. From having a “special status” to being even less than a state, a UT now, the journey of J&K has been truly bumpy during the past one year.

Most Kashmiri politicians may pay lip service to demands like restoration of statehood to restoration of “special status”. However, they feel that this is something that Modi is unlikely to concede any time soon.

Earlier, there were 46 assembly seats in Kashmir and 37 in Jammu, totalling 83. However, in the new delimitation for 90 seats, this ratio may undergo significant changes. The gap may narrow down between the two regions and tilt more towards Jammu now.

In the past, right from 1947 to 2018, the CM invariably used to be someone from Kashmir. It is worth mentioning that Ghulam Nabi Azad is the only non-Kashmiri who has held the top executive position in J&K for less than three years.

People can be forgiven for taking Azad to be a Kashmiri but he hails from Doda district of the Jammu region. Married into a Kashmiri family, Azad speaks Kashmiri fluently and that cements the impression about his being a Kashmiri further.

Since 2002, gone are the days of a single party winning a clear majority. After 2008 and 2014 assembly elections too, coalition governments ruled J&K. The two regions of the UT have voted very differently all these years.

Incidentally, fragmentation of Kashmir politics has proved liberating for both Jammu and Ladakh Weaker Kashmir-centric parties meant that they had to concede more ground to their coalition partners to run their governments. This trend of coalition governments is likely to continue even after the next assembly elections.

Incidentally, the fault lines in the UT exist along regional, sub-regional, communal, ethnic and linguistic lines. As such, a strong narrative of disempowerment of J&K is likely to emerge soon, with multiple epicentres in Kashmir. These manufactured narratives can have expressions like caged Kashmiris, heavy security deployment, the word–democratic government– used liberally.

Incidentally, terrorist violence has gone down in the past one year. With the police and other security forces going all out against disruptive elements, the same situation may prevail in the foreseeable future. Of course, the chance of a stray incident of even spectacular nature can’t be ruled out entirely.

Balakot strikes, downgrading diplomatic ties, fears of being blacklisted by FATF (Financial Action Task Force) may have made Pakistan less meddlesome overtly. However, that doesn’t mean that it has changed its ways and we can have an easy time in J&K. A lot of Pakistani actions on LoC are nowadays meant to signal service to its all-weather friend China.

This is a state of affairs we can expect to continue. However, we need to take into account the fact that India has negotiated far worse phases successfully. Diplomatic efforts via Track II talks with Pakistan to resolve issues dominated past over two decades.

A lot has changed in the past few years and use of sledgehammer of coercive force has been displayed repeatedly. Be it the Surgical Strikes, or the February 2019 air strikes, the clear message is not to mess up or pay the price. Of course, it is a streak displayed internally also in domestic politics.