What is Republic Day for Pakistan? A Constitution which lasted a bare 14 years 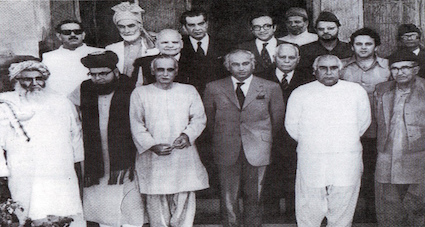 What is Republic Day for Pakistan? Both India and Pakistan were presented with constitutional path within a day to each after being independent on August 14-15, 1947. How did the journey shape out for the two nations?

It is a tribute to our forefathers, our leaders who got down to serious business of writing of a constitution almost immediately after attaining independence. By mid-November 1949, the process had been completed and the constitution was adopted on January 26, 1950. Incidentally, there were hundreds of princely states (over 550) and several areas of British India which came together.

They were all welded into one unit by Sardar Vallabhbhai Patel and chose to adopt the same constitution. The very same constitution governs over 135 crore people today, from far north Leh to Kanyakumari as also from far east Arunachal Pradesh to Gujarat in the west. It is the beauty of this document that it has managed to reconcile so many people and keeps them glued together.

In contrast, Pakistan could become a republic only in 1956. It was only after nine years of strenuous efforts that it could frame a constitution for itself. The Constituent Assembly of Pakistan adopted the constitution it had framed on February 29, 1956. It was enforced, not on the day it was adopted, but over three weeks later on March 23, 1956.

It was a fairly detailed document and its basic tenet was that of a federal system of governance with the principle of parity between East Pakistan (now Bangladesh, since December 16, 1971) and West Pakistan. A very important principle of the first constitution of Pakistan was that of minorities with equal rights. Obviously then, they had no compulsion of converting to Islam, to be true Pakistani. This was clearly stated in what is commonly known as “Objectives Resolution”, which was debated for five days. It was during this debate that non-Muslims articulated their thoughts and expressed apprehensions on being a part of what was to become an Islamic Republic later.

The 1956 constitution of Pakistan was violated, in letter and in spirit, in December 1970 when first parliamentary elections were held. The principle of parity between the eastern and western wing if the country was trampled upon, sowing the seeds of dismemberment. It could be argued that if 1956 constitution of Pakistan was observed in letter and spirit, the country might have remained one.

When Pakistan was constituted in August 1947, its eastern wing comprised East Bengal, Chittagong Hill Tracts and Sylhet area of earlier British Assam. Its western wing (present Pakistan) comprised of Northwest Frontier Province, West Punjab, Sindh, Baluchistan and 13 princely states. So, overall it was less than two dozen units which came together. The 1956 constitution of Pakistan had 234 articles, 13 parts and six schedules.

Compare it to the far bigger challenge our constitution makers negotiated successfully as they tried to reconcile the different laws of over 550 princely states as dozens of areas of British India. It is extraordinary that they prepared this document in a little over two years. Contrast it to the fate of Pakistan which could get a constitution only in February 1956 and was torn asunder in December 1971, just 14 years after being born.

Think of the constitution makers of India who prepared such a beautiful document that over seven decades later, the Republic is going strong. Actually, it is gaining cohesion with every passing day and is able to accommodate diverse views and needs of all Indians. The beauty of this document perhaps becomes clear to us as we see that many of those agitating against the government/s of the day, government duly elected under the very same constitution!

Cherish the day, cherish the constitution which governs this great nation, a young nation but a very ancient civilization. For us as the free citizens of a sovereign state, constitution is the supreme document that our representatives bequeathed to us.