When Aamir used to spit on heroines’ hands 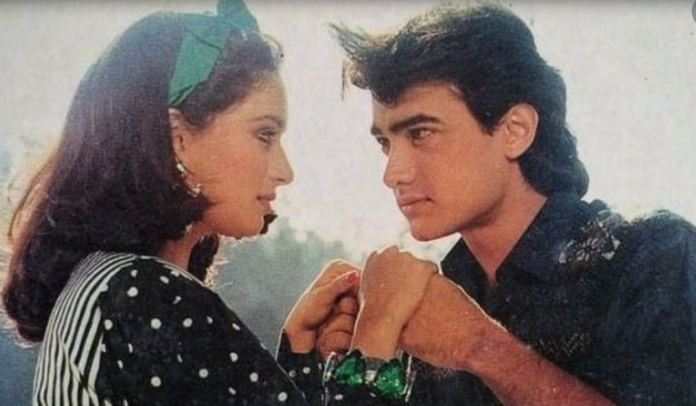 Aamir Khan, very few know, used to spit on his heroine’s hands as a prank. Once Madhuri Dixit had even chased him with a hockey stick on the sets of their 1990 hit Dil for playing this prank on her under the guise of fortune-telling through palm reading.

In 2016, when the starcast of 1992 film ‘Jo Jeeta Wohi Sikandar’ reunited at the  Jio MAMI 18th Mumbai Film Festival, Farah Khan recalled one such moment: ”Aamir used to do this to everyone and he is still doing this …he is like ‘Let me read your hand’. And then he would spit on it…”

Pooja Bedi, who was also present there, quipped, “I’ll tell my daughter Aalia that you have to go and meet Aamir uncle he needs to spit on your hand.”

While most of the actresses took his pranks in a lighter way, some didn’t go along with it well and one of them was Juhi Chawla. When Aamir did the same prank with Juhi on the sets of 1997 movie Ishq in full view of the crew members, it made her so angry that she did not attend the shoot the next day. Aamir Khan and Juhi Chawla stopped talking for years over the spitting incident but eventually made up.