When Jinnah, born on Xmas, got a royal snub from Kashmir’s maharaja 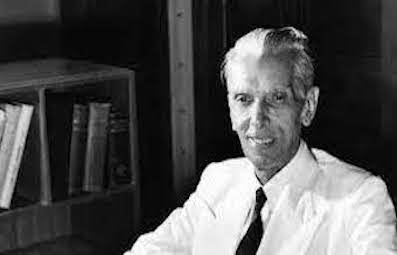 On July 13 this year, there was no gazetted holiday in Union Territory (UT) of Jammu and Kashmir, after almost three decades, or perhaps more. The day early was usually marked by elaborate official functions led by the Chief Minister (whoever it was) in Srinagar. Similar functions were organised by the divisional administration in the Jammu region, in the Jammu city itself.

What is, or was, so significant that these functions were organised on what was officially known as Martyrs’ Day? This is a perfectly normal question from someone who may not be conversant with the contemporary history of Kashmir.

On July 13, 1931, there was police firing in Srinagar on protestors gathered at a spot where trial of Abdul Qadir was on. Most accounts say that at least 22 people died. In most Kashmiri narratives, it is description as wanton firing by the forces of a Hindu king on ordinary Kashmiri Muslims.

Qadir was an outsider, a rank outsider, a mysterious character, who was an employee of a British officer. This nugget of fact is conveniently glossed over and never mentioned. In a fiery speech, pointing to the royal palaces, Qadir exhorted those gathered to bring them down by putting them on fire. For his incendiary speech, he was taken into custody and being tried for sedition.

(Incidentally, the issue of State Subjects, and outsiders, is raised at the drop of a hat by ordinary Kashmiri politicians, 99% if not more!)

The incident of July 13 catapulted Sheikh Mohammad Abdullah into limelight and that can be called the beginning of his political journey. A journey of legacy that started in July 1931 continues even today as we see his son Farooq Abdullah and grandson Omar Abdullah on the political landscape of J&K.

Years later, in May 1944, Mohammad Ali Jinnah, the founder of Pakistan, visited Srinagar. Jinnah stayed in Kashmir for two months and 17 days, according to some accounts in the public domain. He had been invited to visit Kashmir by both Muslim Conference (MC) and National Conference (NC).

MC and NC were led by Chowdhary Gulam Abbas and Sheikh Mohammad Abdullah, bitter political rivals. They both hoped to gain Jinnah’s support and tried to outdo each other in pleasing him. Jinnah had reached Srinagar on May 8, 1944, and several times, he tried to bring MC and NC together but failed.

Jinnah said in that speech, and he has been quoted by many western as also Indian and Pakistani authors: Why should not the Muslims forge unity? I request the Muslims of Jammu and Kashmir to stay united. I am a Muslim and my sympathies are with Muslims.

He stayed for some time at the house of Sir Maratib Ali at Nishat. Jinnah then went to stay in a houseboat named Queen Elizabeth in Jhelum. He also stayed in Government House No 4 for some days.

Interestingly, Maharaja Hari Singh invited him to his palace and Jinnah went to live there after consulting his MC people. Jinnah had showed some reservations in accepting the Maharaja’s invitation but his own supporters encouraged him. Once in the palace, he tried to meet Maharaja Hari Singh but could not.

It so happened that being keen on meeting his host, Jinnah said a formal request to the Maharaja. It was turned down and Jinnah left the palace thereafter. He stayed in Srinagar but not as a guest of the Maharaja after this incident.

At a reception organised by NC for Jinnah, Sheikh’s close aide Mohidin Zahra Hamdani asked three questions. They were answered by Jinnah and records pertaining to that reception are available here and there.

The questions and their answers have been given hereunder:

Question 1: Is the creation of Pakistan possible in presence of an overwhelming majority of Hindus of India?

Answer: It De Veer can separate Ireland from Britain, why shouldn’t 10 crore Muslims succeed in creating a state of their own?

Question 2: If Pakistan comes into existence, will it not be a poor country?

Anwer: No. Not at all. It is better to live in a shabby hut in Pakistan than live in a mansion in insecure India.

Question 3: Keeping the Muslim majority populations of the State in view, which party can serve the interests of Muslims better, National Conference or Muslim Conference?

This caused some consternation among the NC workers gathered there. It is generally believed that the answers to these three questions defined NC’s love-hate relationship with Jinnah in the later years.

And when Jinnah got his even with the Maharaja

The royal snub that Maharaja Hari Singh gave to Jinnah by not meeting him was more than matched by Jinnah a little over three years later. In October 1947, tribal lashkars aided and armed by Pakistan, headed by Jinnah, raided Hari Singh’s state. By then, Jinnah had become far bigger than Hari Singh who had refused him an audience one day.

Jinnah was born in Karachi on December 25, 1876. He shares his birthday with Atal Bihari Vajpayee and Madan Mohan Malviya.

Jinnah died in Karachi, the city he was born in, on September 11, 1948, a little over a year after Pakistan was born.

He was the undisputed leader and numero uno in All India Muslim League for decades. The words All India were dropped later and the party then became Muslim League. Interestingly, Muslim League was dissolved in 1958 by martial law when General Ayub Khan became the plenipotentiary in the fledgling nation, just 11 years old then.

PS: Alastair Lamb has written a trilogy of books on J&K. These books are not available in bookshops but many copies of these are available in private collections in Srinagar.

Some of the events have been described in great detail in Lamb’s book, The Disputed Legacy 1846-1990.