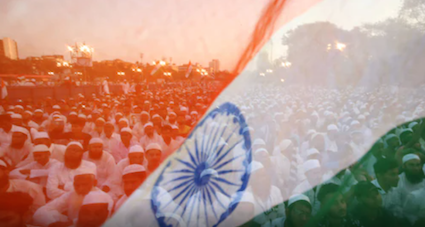 December 3, 1971, was a Friday (jummah) just like it is in 2021 this year and a day when Pakistan launched Operation Chengiz Khan. It was a pre-emptive strike at multiple Indian air fields, an attempt to damage Indian Air Force (IAF) assets, with an objective of crippling it. In an act of daring, Pakistani fighter aircraft attacked 1. Ambala 2. Agra 3. Amritsar 4. Awantipur 5.  Bikaner 6. Bhuj 7. Halwara and Jaisalmer 9. Jodhpur 10. Pathankot and 11. Srinagar. Besides, a couple of defensive radar stations providing support to Indian Air Force (IAF) were also targeted. Faridkot and Uttarlai (Barmer, Rajasthan) were also bombarded.

In all, one Indian radar station was destroyed and large craters were created at Ambala airfield runway. Besides that, no substantial damage was caused to IAF airfields, aircraft or radar stations, and it was raring to go at the enemy, primed as it was already for breaking hostilities. Actually, the PAF bombardment is considered a declaration of war officially and we say now that the India-Pakistan war of 1971 lasted from December 3 to December 16.

Just four years before that, in 1967, Israeli Air Force had carried out Operation Focus, hugely successful pre-emptive strikes on Egyptian and Arab air forces during the six day war. Pakistan was inspired by the success of Israelis in that war and wanted to emulate that vis a vis India. However, drawing inspiration from an operation and emulating it are two different things as Pakistan were to discover in the fortnight that followed. It did not have the firepower of the Israelis, nor was the level of training, backup and others came anywhere near Israelis. So, it was a PAF action doomed to fail and invite massive retaliation which happened.

Night vision capabilities at that time were limited, nor was precision guided armaments available. Yet, the IAF launched 23 retaliatory strikes the same night at different targets in Pakistan as also on what was East Pakistan then. Pathankot and Amritsar were the first Indian airfields to be attacked around 5.45 p.m. Pakistan made an announcement later in the evening saying the Indian army had attacked Pakistani border posts and the PAF attacks were in response to that. The last of Pakistani attacks on airfields were carried out around 10.30 p.m.

The farthest and deepest strikes by PAF pilots were at Agra air field, and that goes to that credit. Incidentally, for a variety of reasons, most of the PAF fighter aircraft could not be detected by radar surveillance. An interesting fact about the daring attack on Agra was that the bombs dropped by one Pakistan aircraft failed to explode! The reason given by experts later was that the ammunition was too old, of the second world war vintage and did not detonate. Another interesting fact was that some aircraft from Agra airbase participated in retaliatory air strikes.

Imagine the frustration of the Pakistani pilot who had penetrated so deep into the Indian territory, risking his all to reach Agra, dropping bombs there, and those bombs not exploding. Proving real duds.

The Indian forces were expecting Pakistani air attacks for many days and had kept their aircraft well protected in bomb proof bunkers. These bunkers, also called blast pens, are easily visible at Srinagar and some other airfields when we descend or climb aboard commercial flights. The blast pens are so constructed that they have strong reinforced walls on three sides, with each acting as a shelter for one or more fighter aircraft.

In retaliatory strikes by IAF, Mianwali, Murid, Sargodha, Chandar, Rafiqi and Masroor were targeted. The same night, two major East Pakistani air bases of Tajgaon and Kurmitola too. In fact, the failed Operation Chengiz Khan, named rather evocatively, freed India of any restraints that it was observing till that day. The Indian forces had been observing a self-imposed restraint on the western as also eastern front, holding back all out attacks. The fire had been lit by the adversary and now the Indian forces, be it the Army, Navy or the IAF, were ready to roast it.

This short 13-day war led to the comprehensive defeat of Pakistani forces, with the surrender of 93,000 Pakistani soldiers on December 16, 1971. A new nation, Bangladesh, was born that day, rising from the ashes of what was officially East Pakistan till then. India is celebrating 50 years of that splendid victory nowadays.

In Pakistan, the dismemberment of their country is blamed on India, and perhaps rightly so. But even 50 years later, their own contribution to it by way of treating those inhabiting East Pakistan (Bengalis) as second class citizens is not freely discussed. The younger generation of Pakistanis is still not told about Operation Searchlight of March 1971 launched in East Pakistan which forced over 10 million refugees into India.