Which Indian cricketer has made most money from the Indian Premier League? 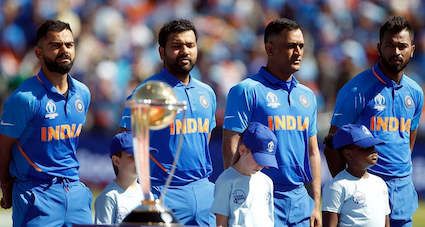 Who are the Indian cricketers who have made most money from the Indian Premier League (IPL) all these years? A hint: All of them are batsmen.

5. AB de Villiers: Sitting 5th in the list is South African great AB de Villiers. So far in his career, De Villiers has earned a total of INR 1,02,51,65,000 (over 100 crore) from the T20 league. He is no longer a part of the IPL, having retired from all forms of cricket last year. His last drawn salary was of INR 11 crore from Royal Challengers Bangalore.

4. Suresh Raina: Another veteran of the game who isn’t a part of the IPL 2022 season. Unlike De Villiers, Raina was a part of the mega auction but went unsold. He has earned INR 1,10,74,00,00 (Over Rs. 110 crore) in his IPL career so far. Raina spent the most part of his IPL career with the Chennai Super Kings. His last drawn salary was also Rs. 11 crore at CSK.

2. Rohit Sharma: The most successful player in the history of the T20 league, Rohit has earned INR 1,62,60,00,000 (over Rs. 160 crore) in his IPL career so far. Rohit has spent most of his career with Mumbai Indians and will be earning INR 16 crore in IPL 2022 season. This is the most Rohit has earned in an IPL season ever.