Who are you to ask Kangana’s passport not to be renewed?: Bombay HC to Javed Akhtar 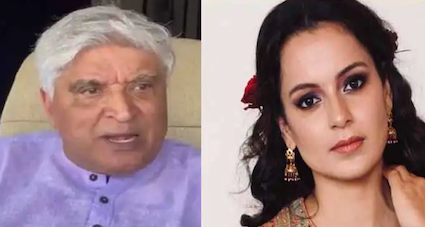 Who are you to ask that Kangana Ranaut’s passport ought not to be renewed, the Bombay High Court asked the Bollywood lyricist Javed Akhtar almost literally.

Akhtar’s plead was that Ranaut had deliberately failed to disclose facts to obtain a favourable order for her passport renewal.

Bench of Justice SS Shinde and Justice NJ Jamadar refused to hear Akhtar’s side. The bench stated that if the court allows him to intervene, they will be flooded with similar pleas.

“Who is the informant? You are not the informant. The state is there. You have no right to intervene,” Justice Shinde said to advocate Vrinda Grover, appearing for Akhtar

Earlier in July, Akhtar filed an intervention application in Ranaut’s plea through advocate Jay Bharadwaj. Akhtar said that Ranaut should have brought “a factual position” before the court when she had complete knowledge of the pending criminal defamation complaint filed by him against her.

The court, however, suggested that Akhtar approach the complainant in the Bandra sedition case or the public prosecutor’s office to raise his grievances.

“We cannot allow interim applications by the third party. If anyone has misinformed the court, we will ask the public prosecutor or advocate for the complainant/informant. Anyone who has grievances can come through them. We cannot function like this.”

Meanwhile, Kangana also took to Instagram and slammed Akhtar, calling him ‘movie mafia.’ In her Instagram story, the actress articulated, “Movie mafia trying to prove there is no harassment of any outsider at all by openly and shamelessly harassing outsider… Thank You Bombay HC”.