Who has failed India?: A video compiles politicians’ words and deeds 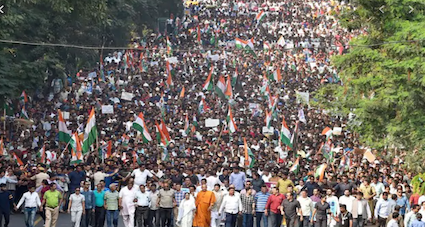 Who has failed India?

There is a video in circulation which lists the ills of the State government, mostly Congress-ruled states.

It says that it was Congress which had questioned the government after the drug regulator had approved home-made Covaxin of Bharat Biotech.

Shashi Tharoor, Jairam Ramesh, Anand Sharma were few among those who attacked India’s homegrown vaccine as an untrustworthy product of the BJP. Shashi Tharoor even mentioned that “it could be dangerous”, thus “should be avoided.”

Former Uttar Pradesh Chief Minister and Samajwadi Party’s head Akhilesh Yadav also questioned the approval to Covaxin and said that he won’t be taking the vaccine shot as he cannot trust the “BJP vaccine.”

Pinarayi Vijayan government in Kerala didn’t even use their first tranche, sent to them in January, of Covaxin until March, claims the video.

Even when Maharashtra and Kerala were contributing over 74% of the active cases during February 2021, Maharashtra chief minister Uddhav Thackeray was asserting that the situation was under control.

Rahul Gandhi was campaigning in full gusto in southern states before testing Covid-19 positive. So did Mamata Banerjee in West Bengal.

While the protesting farmers in thousands were at Delhi’s gate, Congress’ Priyanka Gandhi and Delhi’s chief minister Arvind Kejriwal didn’t bat an eyelid on the spread such a mass gathering could cause.