Who is counting the Covid deaths which are happening at home and not hospitals? 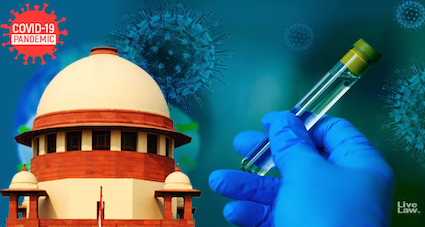 Is there a huge mismatch in India’s fatality due to Covid-19 pandemic only because the deaths in hospitals are being registered and not those who are dying at home?

This was at the centre of a petition to which the Centre replied to the Supreme Court last night.

The Centre was unequivocal in stating that all Covid deaths—be it at the hospitals, at home or at the hospital parking lot—ought to be recorded as Covid deaths and action would be taken against the doctors who comply with the rule.

The Centre though ruled out that Rs 4 lakh as compensation ought to be given to the families of the Covid victims as it said these casualties happened under a disease and doesn’t come under the Disaster Management Law. Further, paying for Covid-19 and denying it for other diseases would be “unfair.”

Besides, the Centre said, in a 183-page affidavit last night, that it would put the States under tremendous financial strain, already reeling under the impact of the pandemic.

So far, officially, 3.85 lakh people have died due to the pandemic.

The Centre said the Disaster Management Law states that compensation could only apply to natural disasters like earthquake or floods.

The petition had said that death certificates of victims do not mention Covid as cause of death, making it difficult for families to get compensation.

“Death certificates say death due to lung problem and heart issues. Families of victims have to rush from pillar to post. Is there any uniform policy on issuing death certificates to Corona victims? Or are there any guidelines?” the top court had asked the Centre in a notice.

In recent days, revisions in mortality data has happened in relation to Maharashtra and Bihar.

“Utilisation of scarce resources for giving ex-gratia, may have unfortunate consequences of affecting the pandemic response and health expenditure in other aspects and hence cause more damage than good,” the centre added in its affidavit.

The apex court was also reminded by the government to keep away from executive policies and said the judiciary cannot decide on behalf of the Centre.

“It is well settled through numerous judgements of the Supreme Court that this is a matter which should be performed by the authority, to whom it has been entrusted and not one where the court will substitute its own judgement for the decision to be taken by the executive,” the goverment said.

The Supreme Court will resume the hearing on the matter on Monday.