Why are bars reopened but places of worship closed in Maharashtra?: Governor 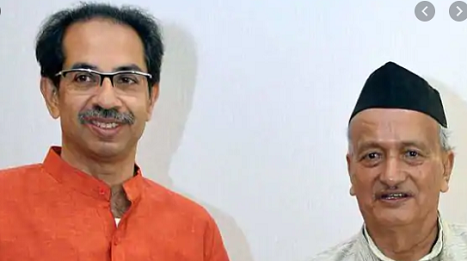 In a letter dipping with sarcasm, the governor questioned whether Thackeray had “turned secular” in view the places of worship continue to be close due to Coronavirus pandemic.

The governor wrote on Monday, requesting Thackeray “to announce forthwith” the reopening of places of worship with Covid precautions.

“You have been a strong votary of Hindutva. You had publicly espoused your devotion for Lord Rama by visiting Ayodhya after taking charge as Chief Minister. You had visited the Vitthal Rukmini Mandir in Pandharpur and performed the puja on Ashadhi Ekadashi,” Mr Koshyari wrote.

“I wonder if you are receiving any divine premonition to keep postponing the reopening of places of worship time and again or have you turned ‘secular’ yourselves, a term you hated?”

The governor found it “ironical” that bars, restaurants and beaches were open but “our Gods and Goddesses have been condemned to stay in the lockdown.” No less, the governor reminded the chief minister that religious places of worship were reopened in other places in June itself and there was no reports of a surge in Covid-19 cases.

The chief minister was caustic in his reply. He said his Hindutva didn’t need a certificate from the governor or anyone. “You said I am getting divine premonitions? Maybe you get them but I am not so big,” he wrote in Marathi.

“Inviting people who call Mumbai PoK with smiles does not fall into my definition of Hindutva,” wrote Thackeray ostensibly with a reference to actor Kangana Ranaut.

As for secularism, Thackeray wrote: “Its not a question of secularism…Have your forgotten you also swore by the Constitution that also has the word `secular’. Are you rejecting it?…Is reopening temples not secular and keeping them closed secular?”

Koshyari was reacting to representations from delegations demanding that places of worship be reopened. Other political leaders like Raj Thackeray, Asaduddin Owaisi and Prakash Ambedkar too have argued in favour of reopening places of worship.