Why did BJP lose Bengal: Why ‘development’ didn’t strike a chord 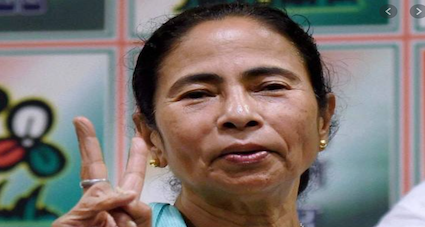 Mamata Banerjee gets Bengal in a bitterly-fought elections against Bharatiya Janata Party, the latter prevailing in Assam and Puducherry (as an alliance partner) while Kerala and Tamil Nadu, as expected, went to LDF and DMK.

Even though the final figures are yet to come, the news of the day is Banerjee’s stunning victory as her party Trinamool Congress which is heading for a 200-plus tally in a 292-seat assembly elections. The Bengal chief minister though lost her Nandigram seat by 1,736 votes to her former aide Suvendu Adhikari .

No sooner than it become apparent that Trinamool Congress is winning in Bengal, the blowback against BJP appears to have begun in earnest. There were videos on social media that their poll offices were being burnt down. Violence allegedly broke out in Arambagh, Bishnupur, Entally, Howrah and Bolpur and it’s a “sign of things to come…houses attacked, offices burnt, women workers beaten up…” alleged BL Santhosh, BJP’s national general secretary in a tweet.

The BJP, if it is any consolation in Bengal, were able to force Mamata Banerjee to recite Chandi Path as well as for the chief minister to assert she was a Brahmin girl. It was a departure for the feisty “Didi” who was dubbed “Begum Mamata” in certain quarters.It’s apparent that other political parties, if they wish to remain relevant in Indian politics, would’ve to play the Hindu card. Like Arvind Kejriwal, before the Delhi polls, recited Hanuman Chalisa on national television.

BJP would ponder if chanting “Jai Shri Ram” was a good strategy in Bengal. The land revers Durga Maa and Shri Ram doesn’t resonate as much with the voters here as it does in North India. Mamata Banerjee was able to use it to her advantage.

It also is apparent that the Hindu consolidation of votes remain a dream and the majority doesn’t seem to vote en bloc as some other religious groups do.

Midway, Banerjee it seems was also successful in playing the victim card. Her “injury” projection, as well as Election Commission intervening at most of her moves, not to say the presence of overwhelming Central Armed Police Forces was used to portray her as a victim.

BJP, in its manifesto, had harped on bringing industries, jobs and progress to West Bengal. It didn’t seem to strike a chord with the local populace. It’s a moot point for political experts to analyse why progress doesn’t seem to be a priority in the State.

For Mamata Banerjee, all through the elections, only harped on BJP as being “outsiders” and rarely she could showcase any development as her badge of honour. Yet it worked. It worked for her and her party Trinamool Congress which officially takes “cut-money” (Tolabaazi) and is accused of corruption, encouraging infiltrators and smuggling from across the border.

Meanwhile Congress, in alliance with the Left and ISF, drew a blank. It also is a commentary that most of their captive votes most possibly went to Trinamool Congress.

BJP seems set to retain Assam, leading in 78 of the 126 seats, far ahead of its nearest rival Congress.

DMK were ahead in 142 seats while the AAIDMk is leading in 90 seats in 234-seat Tamil Nadu assembly.

In Kerala, the incumbent LDF with chief minister Pinarayi Vijayan in lead is ahead in 94 of the 140 seats. It is well set to buck the 40-year-old trend in which the power is alternatively shared between them and Congress-led UDF.

In Puducherry, the N Rangaswamy’s AINRC-led alliance – of which the BJP is a part – is leading in 13 of the 30 assembly seats while the Congress is ahead in 6.

While elections in Tamil Nadu, Kerala and Puducherry were completed on one single day, the one in Assam was split into three phases. The one in Bengal was a humdinger, spread over eight phases.

The Election Commission has banned all victory processions in view of the spiralling cases of Covid-19 in the country.