Why is Aryan Khan more special than even a Sanjay Dutt? So why this noise now? 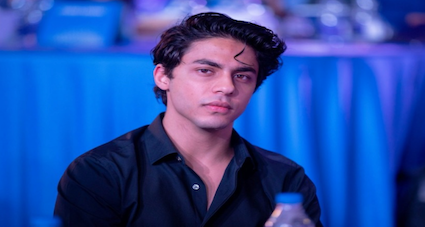 Aryan Khan the son of Bollywood superstar Shah Rukh Khan, was arrested in connection with a drugs case in early October by Narcotics Control Bureau (NCB).

However, ever since he had been arrested the Leftist media along with the opposition, began crying their noses off to play the Muslim victim card, alleging that Aryan Khan has been ‘targetted’ as a means to get back at Bollywood actor Shah Rukh Khan, for ‘being a Muslim’.

The entire cacophony surrounding Aryan Khan being arrested and kept in prison because of his religion has been made so prominent that they even forget that Rahul Mahajan, son of the late Bharatiya Janta Party leader Pramod Mahajan, was also arrested under the same sections in which Aryan Khan – Section 8(c), 20(b), 27 and 35 of the Narcotic Drugs and Psychotropic Substances Act, 1985.

Interestingly, nobody knew even the name of the investigating officer.

Not only that but Bollywood actor Armaan Kohli was also arrested in September following his alleged involvement in a drugs case. Actor Sanjay Dutt also spent five months in jail in 1982 after he was caught in the possession of illegal substances. However, in none of the cases, no NCB officers name was revealed or received a death threat.

But when Shah Rukh Khan’s son was arrested by NCB’s zonal director Sameer Wankhede, these moralising platitudes about Bollywood being a microcosm of Indian diversity are shunned and swept under the carpet.

Wankhede, who is currently investigating the controversial Mumbai drugs case, has been repeatedly targeted by Nationalist Congress Party (NCP) spokesperson and a state minister Nawab Malik, who even accused the IRS officer of forging his documents to secure a government job. An array of abuses have been hurled towards his deceased mother and his family.

Journalist Arfa Khanun Sherwani, the “liberal intellectual” was one of those flagbearers who started the Muslim propaganda claiming that Aryan had been arrested for his religion, and not because of the consumption of drugs.

However, this entire cartel of ‘liberal’ political leaders and journalists, who insinuated that Aryan’s arrest and denial of bail was a part of the central government’s ‘campaign’ against Shah Rukh Khan, has overlooked the fact that a 23-year-old adult Aryan has refused to disclose the names who could be part of international drug network.

For them, Shah Rukh Khan as well as other Muslims are just dispensable commodities, which could be expended to further their propaganda of defaming the central government.