Why Muslim leaders are silent?, asks Sirsa after conversion of a Sikh girl in Valley 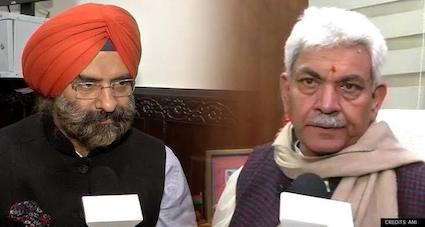 His comments came after a case of forced conversion came to light from Jammu & Kashmir, where according to reports, an 18-year-old Sikh girl from Badgam district was lured and forcefully converted to Islam.

Citing the example of Uttar Pradesh, Sirsa said, “We will not tolerate forced Nikah and conversions of Sikh daughters living in Kashmir who are forced to marry elderly of different religion Sikhs. living in J&K urge @AmitShah for a law that mandates permission of Parents in inter-religion marriages.”

Earlier in January, while attending the farmer protest, he had mocked the UP government for passing the anti-conversion law and had questioned, “How is your religion (Hinduism) so weak that they need the help of law to save their religion?” But now, he wants the same to be implemented.

Beyond that, he also lashed out on Kashmir’s local political leaders, including PDP chief Mehbooba Mufti, for their silence over the matter. He said while Sikhs were at the forefront, ensuring Muslim daughters reach home safely during CAA protests, no Muslim leader has come yet to raise their voice against forced conversions of Sikh girls.

Sirsa has gone to Srinagar to join the ongoing protest where the Sikh community is strongly demanding anti-conversion laws.

Shiromani Gurdwara Parbandhak Committee (SGPC) also raised the issue. They said, “It is reported #Sikh Sangat is protesting at Srinagar Judicial Complex allegedly for ‘biased’ decision related to a case of ‘forced conversion’ of a Sikh girl who is reported to be mentally unstable.” They urged LG Manoj Sinha and J&K Police to ensure the safety of Sikhs in J&K.