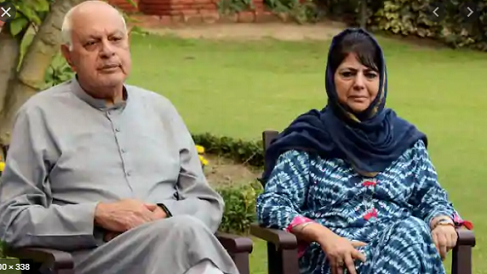 The Union Territory of Jammu and Kashmir will see eight phase elections for District Development Councils (DDCs) beginning November 28 and ending on December 19. It is for the first time ever that elections for third tier of Panchayati Raj Institutions (PRIs) will be held.

Simultaneously, by-elections for vacancies in halqa panchayats, Block Development Councils (BDCs) and in Urban Local Bodies (ULBs) will also be held. Due to threat of violence, the elections to many PRIs as also ULBs could not be held in the Kashmir valley last time.

In Jammu, most vacancies have arisen because many sarpanches got elected to BDCs. This needs to be understood that these vacancies have not been due to fear of terrorist violence. In Kashmir, many seats remained unfilled as not even a single contestant filled up the nomination form.

The holding of BDC and DDC elections on party basis is likely to pose some problems for the People’s Alliance for Gupkar Declaration (PAGD). National Conference of Abdullahs, People’s Democratic Party of Mehbooba Mufti and some others had declared earlier that they may boycott elections as part of strategy to work for the restoration of pre-August 5, 2019, status of J&K.

This essentially meant that they want a restoration of Article 35 A, reverse changes in 370, and downgrade of J&K to UT status. If this logic is taken further, it also means revoking the UT status of Ladakh and merging it back in J&K. That seems very unrealistic but still these parties have also demanded restoration of status of a state on the UT!

With the constitution of three-tier PRI bodies, it is expected that the role of MLAs is going to diminish substantially. Already, their future role is going to be reduced a lot as the Reorganization Act, 2019, took away lots of powers of any future chief minister as also MLAs. This is a very significant marginalisation of what we call as “mainstream parties” within J&K.

A very important feature of these elections will be the participation of newly empowered West Pakistan Refugees, Valmikis, Gorkhas and other people who have been given domicile status in local elections for the first time. These groups were earlier allowed to vote in the Lok Sabha elections but they were barred from participating in all local level elections, be it panchayats, ULBs or the Legislative Assembly.

These elections in J&K are likely to hugely impact the politics in the UT, and they are set to change the pecking order of various political parties. The number of voters in the Jammu region is bound to see an upsurge since all newly empowered groups are located in the region. This can significantly undercut weightage of the Kashmir valley in the days to come.

The announcement regarding the poll schedule was made by Election Commissioner K K Sharma and Chief Electoral Officer Hridesh Kumar Singh on Wednesday. Incidentally, the DDCs will have full five-year terms while the other institutions will have terms co-terminus with earlier constituted bodies.