Why they didn’t spare even Lata Mangeshkar in her death! 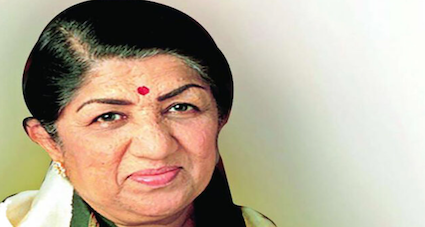 Most of us now know that the legendary Lata Mangeshkar’s brother (Hridaynath Mangeshkar) was sacked by All India Radio within eight days “as he recited a few verses from a poem by Veer Savarkar.”

(In Hridyanath Mangeshkar’s words: “I was working in All India Radio at that time. I was 17 years old and my salary was Rs 500 per month. It may be peanuts today but Rs 500 was considered a big fat salary during that time…but I was summarily fired from the All India Radio because I chose to create a musical composition for Veer Savarkar’s famous poem ‘Ne majsi ne parat matrubhoomila, sagara pran talmalala’.”

Few of us perhaps are aware how Lata Mangeshkar was abused on social media for her close association with Savarkar on social media. She was called a “Sanghi deserving no sympathy”, a “vile” woman who “supported fascism.” Some even ridiculed her singing (sic), saying it sounded like a “pressure cooker whistle” and only because she began in the era of radio which could “dilute the extra sweet diabetic voice” she could scale such heights.

For those who don’t know, Lata Mangeshkar could’ve turned into an unknown social worker but for Savarkar’s insistence that she stuck to singing. But to begin with, one must know of the connection between the two.

In 2019, Lata Mangeshkar posted a tweet in which she recalled the close bond between her family and freedom fighter Veer Savarkar. She also provided details of her family’s ties with Veer Savarkar.

In his book on Lata Mangeshkar— “Lata: Sur Gatha”—author Yatindra Mishra revealed how Veer Savarkar dissuaded her from quitting singing and devote herself to social service and the welfare of poor, as she was contemplating.

Lata was in her teens and had taken a vow of engaging in social service. She took the advice from Veer Savarkar, whom she viewed a father-figure, and who talked her out of the notion. He told her that she could still serve the society by devoting herself to singing. Veer Savarkar also mentioned that her father Deenanath Mangeshkar was one of the leading lights in the Indian classical music and art firmament.

This was a turning point in Lata’s life who would’ve been otherwise lost to the world of music—one of the rarest voice ever to have sung in history.

Till her last year, Lata Mangeshkar never failed to pay tribute to Veer Savarkar on his birth (May28) and death (February 26) anniversary. She often mentioned her family’s close ties with him as well as his unforgettable contribution to India’s independence struggle against the British.

For Lata, Veer Savarkar was the “true son of Mother India” and she often referred to him as “Tatya”, a term used in deference to a father or elderly male in relation.

In one of her tweets, Lata had termed Veer Savarkar as one whose name would be etched in the hearts of the Mangeshkar family. She had also tweeted that she was honouring the ‘great and multi-faceted personality’ on his ‘Jayanti.’

In 2009, 100 years since Savarkar penned the popular poem Ne majsi ne parat matrubhoomila, sagara pran talmalala, Lata Mangeshkar recalled how the poem aroused patriotic fervour and was inspirational to not just Maharashtrians, but to all Indians.

Lata Mangeshkar had then lamented that Veer Savarkar did not get the respect he deserved in independent India. “Savarkar sacrificed a lot for the country. But independent India did not honour him and give his due,” Lata had bemoaned.

Veer Savarkar was a true Indian patriot and a revolutionary like few but he has been vilified by the Left-Liberal lobby which control academic and who use his book “Hindutva” to demonize him.

Even in his lifetime, he was falsely implicated in the murder of Mahatma Gandhi but was exonerated.