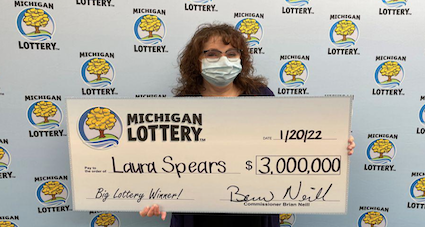 A woman in Oakland County won a $ 3 million Michigan Lottery Mega Millions prize after she checked her spam folder.

Laura Spears, 55, from Oakland County, had bought a ticket for the December 31 Mega Millions drawing on MichiganLottery.com. She won a $1 million prize. the prize was multiplied to $3 million.

Spears said she saw a message in her spam from the Michigan Lottery caught her eye.

“I couldn’t believe what I was reading, so I logged in to my Lottery account to confirm the message in the email. It’s all still so shocking to me that I really won $3 million,” she said.

Spears plans to share her winnings with her family and retire earlier than initially planned.