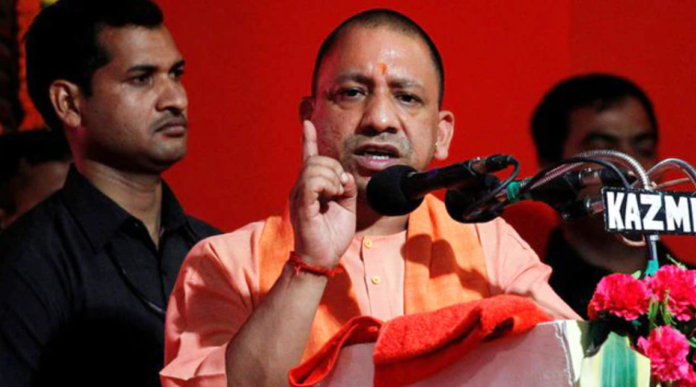 Calling Secularism the biggest threat to India’s tradition on the global stage, Uttar Pradesh Chief Minister Yogi Adityanath targeted the infamous elements who are trying to misguide people for their own profit and betraying the country.

Addressing the launch of the first edition of Global Encyclopedia of the epic Ramayana, an e-book prepared by the Ayodhya Research Institute, Yogi said, “This word ‘secularism’ is the biggest threat to develop India’s prosperous traditions and give it a spot on the global stage. People who are misguiding the public for their own benefit and betraying the country will not be spared. People who are creating false propaganda about India for money will face the heat”,

Narrating the story of a Buddhist guide found in the Angkor Wat temple during his visit to Cambodia, the CM attacked those questioning the Hindu culture. He also said the temple guide was a Buddhist and he was confident enough to admit that Buddhism has originated from Hinduism.

Adityanath also criticized people for raising questions on Ram. “There are still some people who raise questions on the existence of Ram in Ayodhya, but the historical facts cannot be denied,” he said.

“The stories of Ramayana and Mahabharata not only give us the best life lessons but also tell us a lot about the expansion of Indian boundaries. These stories of our epic Hindu literature help us envision a better India.

He also praised the epics “Ramayana” and “Mahabharata” for helping extend India’s boundaries. “Pakistan was a part of India before 1947 and Maryada Purushottam Lord Sri Ram had extended the boundaries of India during his time by making his brother’s son the ruler of Pakistan,” the chief minister said.

He said that Ramleela, a folk reenactment of the life of Ram according to Ramayana, should be staged around the world. “There are seven holy cities of Sapta Puri, which are considered as the holiest Hindu Teerths,” the chief minister said. “Out of these, Ayodhya, Mathura, and Kashi are within Uttar Pradesh. It is a matter of pride for us that a workshop has been organized by the Department of Culture in collaboration with the Ministry of External Affairs. It should be our endeavour to stage Ramleela all over the world.”

He also requested people not to lose the harmonious spirit of the nation by being involved in petty communal disputes. He also asserted that the construction of the Ram Mandir in Ayodhya made the launch of the Global Encyclopedia of Ramayana more special. He believes that the launch will give a much-needed push and will encourage people to explore more about Ayodhya and Hindu culture.

The first edition of the encyclopedia has been released in the English language, which is designed by the Indian Institute of Technology, Kharagpur. The first edition in Hindi and Tamil languages will also be published in the coming month. Director of the state Information Department, Shishir Singh said there is a plan to publish the Ramayana Encyclopedia in over 200 volumes. For this, the Ayodhya Research Institute has set up a board of editors and advisors across the country and world.

Apart from Hindi and English, it will also be released in Odiya, Malayalam, Urdu, and Assamese languages.