Worst Sikh massacre in US since 2012: FedEx mass shooting in Indianapolis 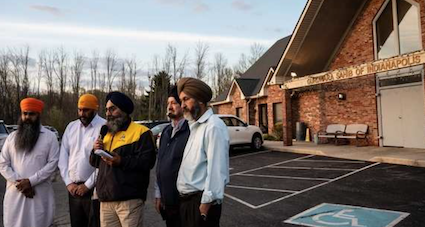 On Friday night, a mass shooting took place at a FedEx facility in the United States city of Indianapolis wherein multiple people were injured and eight people, including four Sikhs, were killed. The incident occurred near the Indianapolis International Airport.

The gunman, identified as 19-year-old Brandon Scott Hole of Indiana, killed himself by shooting on early Friday morning, taking the death number to nine.

It is the latest in a series of shootings in the US targeting the Asian American community. In March, eight people were shot dead in the two massage parlours in Atlanta.

The Indian embassy in the United States also confirmed the killing of the people from Indian American Sikh community and expressed condolences to the families of the victims. They also released a statement which read “Indianapolis police have identified victims of the shooting incident, which include persons from Indian American Sikh community. Our consulate in Chicago is in touch with local authorities in Indianapolis and community leaders and will render all assistance, as required.”

This is the worst Sikh massacre in the US after the Oak Creek Gurdwara mass shooting in Wisconsin in 2012, where seven members of the community were killed.

Community leaders, like Khalsa also said that they haven’t ruled out the possibility of a hate crime and have decided to meet other community leaders on Saturday regarding the incident.

“Deeply shocked by the shooting at the FedEx facility in Indianapolis. Victims include persons of Indian American Sikh community. Our Consulate General in Chicago in touch with Mayor and local authorities in Indianapolis as well as community leaders. Will render all possible assistance,” he wrote on Twitter.