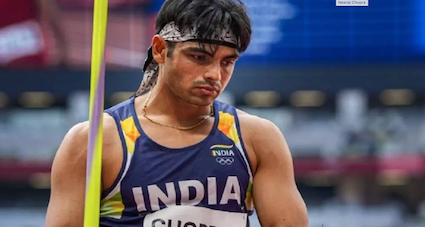 Cash rewards to the tune of Rs 9 crores poured in for him. Other winners of silver and bronze have also been bestowed with a pat on the back and money in the hand by state governments. The BCCI have also chipped in with cash prizes for them. The question now is: how much will they have to pay in taxes?

The Central Board of Direct Taxes (CBDT) had occasion to consider the question whether the award received by a sportsman, who is not a professional, will be taxable in his hands or not.

There are certain level under which it can be understood-

In 2014, under section 10 (17A) of the Income Tax act, CBDT passed an order stating that any reward in cash or kind received by any medal winner in Olympic Games, CommonWealth Games and Asian Games tax-free.

This implies that cash rewards to Neeraj, a total of Rs 9 crore (Rs.6 crores from Haryana government, Rs.2 crores by Punjab Government and 1 crore by Manipur government) would be fully exempt in his hands.

However, CBDT clarified that only rewards given by the Central government or state government or on their behalf are exempted from tax. It means any reward given by local authorities or trusts and funds are taxable. This means Neeraj had to pay tax on the SUV  which was announced by Anand Mahindra unless and until the business tycoon bears the tax burden himself.