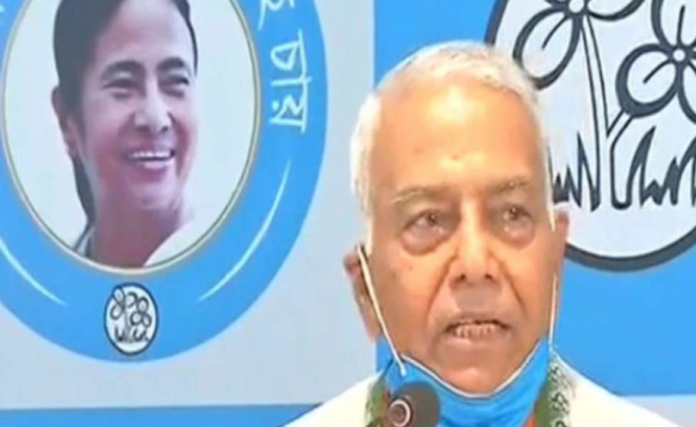 Former Union Minister Yashwant Sinha joined the Trinamool Congress (TMC) ahead of the West Bengal Assembly elections. He was inducted into the party in the presence of senior TMC leaders Sudip Bandopadhyay and Derek O’Brien.

After joining the TMC ranks, Sinha addressed a press conference and launched a blistering attack at his original party, Bharatiya Janata Party (BJP).

“BJP during Atal Ji’s time believed in consensus but today’s government believes in crushing and conquering. Akalis, BJD have left the BJP. Today, who is standing with BJP?” he questioned.

He went on to say, “The tipping point was the attack on Mamata Ji in Nandigram. It was the moment of decision to join TMC and support Mamata Ji.”