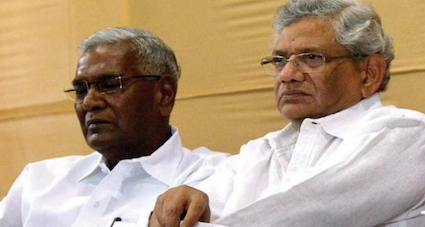 BJP MP Anil Jain termed it as unfortunate that Indian left leaders are attending the CCP’s centenary event and said that they should be exposed.

“The Left leaders should first decide whether they are with China or the country (India). This is a betrayal… attending the Chinese Communist Party meeting is not in the interest of the nation, it is not beneficial for the people of the country. They should be exposed,” he said.

It must be noted that both India and China are locked in a military standoff at multiple friction points in eastern Ladakh since early May last year. Both the countries have held several military and diplomatic level talks to completely disengage from the friction points.

Meanwhile, India and China will soon hold the 12th round of Corps Commander level talks at Chushul to iron out the agreement for the next phase of disengagement in Eastern Ladakh.

Indian military delegates will meet to discuss disengagement at the friction areas such as Hot Springs, Gogra and the 900 sq km Depsang plain.

“The initial attempt will be to resolve Gogra and Hot Springs. Finding a solution to Depsang might be tricky and take longer time,” said an army officer familiar with the developments.