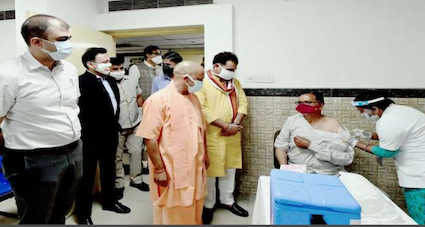 Yogi Adityanath-led Uttar Pradesh government has launched a special campaign, in a bid to provide free medical aid to the underprivileged people.

Chief Minister Yogi Adityanath announced that the government will provide a ‘Golden Card’ to the beneficiaries, with the help of which beneficiaries can get free medical treatment up to Rs 5 lakh in an empanelled hospital (both private and public) across the country.

On the first day of the campaign, the Golden Cards were provided to over 26,000 families of Uttar Pradesh. So far, golden cards were issued to over 6.5 crore beneficiaries in the state under ‘Ayushman Yojana’.

The Uttar Pradesh administration has been doing a consistent effort to make quality health care services accessible to poor and underprivileged families anywhere in the country.