Yogi predicts 350 seats for BJP in UP: Tells why he is tough against mafia 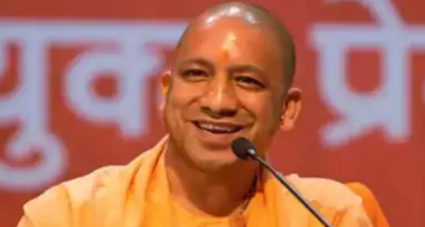 From Gorakhnath temple priest to becoming the chief minister of politically significant Uttar Pradesh, Yogi Adityanath’s political career has been nothing less than a roller-coaster ride.

Yogi, who is being described as “no sitting and no setting” chief minister, a reference to his transparent style of functioning where there is no scope of back door sitting or setting with the CM, recently,during an interview , opened up about what made him join politics.

When he was asked that did he ever got training in how to handle the mafia and criminals, he mentioned about two events that primarily became his reason to take a tough stand against the organised mafia and it shaped his journey in politics.

He recalled one of the incidents during 1994-95 when a well-off family in Gorakhpur had two havelis with them and the then UP government allocated those havelis to the mafia. The family destructed both the haveli and when Yogi met and asked the reason, the family told that they tore down their property because, in this way, they would at least be able to retain the land. Had they not demolished the buildings, they would have been left with nothing since the mafia would have taken the havelis and the land over.

He says that not only this, the political leaders were also misusing their powers. Narrating another incident, he said, once he got a call from a rich family who said that their property was being occupied by a minister.

“I reached the site to find that his belongings were being thrown out. I told them the owners hadn’t sold this building so how could anyone take it over. The public was watching but nobody was doing anything. When the mafia waved some papers in my face, I told the public to beat them up,” he said.

He also explicitly mentioned that there is no truth in the allegations of people who think that their government crackdown on the Mafia is one-sided. He said for them, the mafia is mafia and cannot be linked to caste, religion, creed or politics and that they are the worst enemy of the society – worse than coronavirus.