Yogi’s tough stance on industries: Set up in a year or lose your allotted land 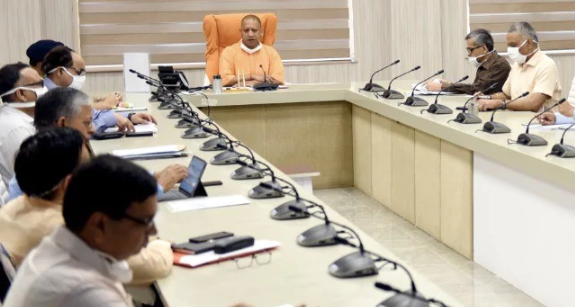 Even though the Uttar Pradesh government has given leeway to industries in this summer of Coronavirus, it has also cracked the whip that an industrialist must set up his unit within a year or else his industrial land allotment would be cancelled.

Due to death of Madhya Pradesh’s governor Lalji Tandon, the three-day UP cabinet meeting couldn’t be held on Tuesday. Yet a few proposals have been given green signal by circulating and acquiring the consent from the cabinet, as per a report in Dainik Jagran.

Three major proposals of Industrial Development Authority have been cleared. As per industries minister Satish Mahana, a lot of time was given to industrialists for setting up industries. Later, in case of incompletion, more rounds of extensions were granted with some penalty. Now the Yogi Adityanath government has conveyed that land is allotted for industries and not for investment. It’s to give momentum to development of industries.

So now if an industry is not set up within a year, the land allotment would stand cancelled. If extensions are granted, it would be by assessing the work already in progress.

There is another proposal to incentivize the logistical industries. It was earlier decided that for logistics park, the land would be allotted at one-and-half times of land allotment rate. Now, the cabinet has decided to elevate the warehousing and logistical units to a proper industries status. Thus, the rate of land for such entrepreneurs would stand reduced.

Further, the industries minister disclosed that the Gorakhpur Industrial Development Authority (GIDA) didn’t have full rights to buy land so far. Now a decision has been taken that like Noida, Greater Noida and Yamuna Expressway authorities, anyone could buy land with the GIDA or acquire it on lease for the purpose of setting up an industry.