Yogi says no subsidy for indecent Bhojpuri films from now on 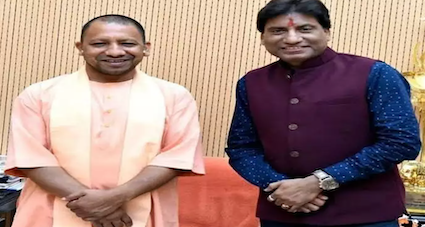 According to a Jagran report, when requested by UPFDC chairman Raju Srivastava to bring a measure that will work in putting a stop to indecent content, CM Yogi said that films and songs that promote indecency will not be given subsidy.

“During my meeting with the chief minister (on Thursday), he (the CM) expressed his concern over the rising vulgar content in Bhojpuri films, especially songs. This is having an adverse effect on society by promoting obscenity and violence among the youngsters. So, he has directed to stop aid to all those Bhojpuri films which promote vulgarity through dialogues or songs,” he said.

“Some Bhojpuri films and songs are so vulgar that they cannot be seen or heard while sitting with family and children. It is a matter of concern for anyone who loves this language. This kind of decadence in content putting a blot on Bhojpuri language and culture cannot be allowed,” he added.

He had said Bhojpuri movies had become “synonyms with vulgarity” which was a blot on the language and culture.

Praising the move by CM Yogi, he took to his Twitter handle and wrote, Ravi Kishan has said that songs or films — that are “ashleel” (vulgar/indecent), will not be given subsidy from the state government.