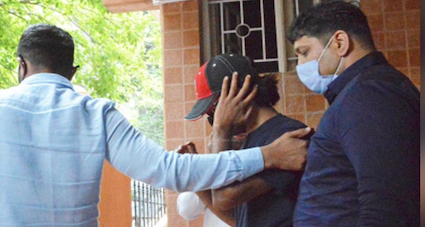 Meanwhile Zubair’s lawyer told media in court that the Delhi Police has leaked information about the order on his bail plea even before the court came back from lunch and pronounced it.

“I had a word with my Investigation Officer, I misheard it due to noise and inadvertently the message was posted in the broadcast,” IFSO DCP KPS Malhotra said about the leaked bail plea information.

In another development, Delhi Police added criminal conspiracy, and destruction of evidence charges against Zubair and 35 of FCRA.

Opposing the bail application of Zubair, the prosecution has submitted before the court that they are investigating donations allegedly received by him from several foreign countries such as Pakistan.

“If you accept something – donation, etc from a person of foreign country – then it’s a contravention. As per our CDR analysis, he has accepted through Razor gateway, from Pakistan, Syria, etc which all things require further investigation,” Additional Public Prosecutor Atul Shrivastava argued.

Zubair’s lawyer Grover argued that the police had misled the court as they made a submission in court that Zubair received the funds but in their statement mentioned the company, Pravda.

She argued that the investigation has to be to prosecute a crime and not harass or besmerch someone.

“A company taking funds is not a violation of FCRA. You have not issued notice to Pravda. You said the journalist took (funds) and then said Pravda. Facts have been muddied up. This is why we need a fact checker in this country,” she argued.

“The entire exercise is mala fide in nature and is a non prosecutable action of FIR,” said Grover.

Within a few hours, the Razorpay donation link had been deleted from the website of AltNews.