10 per cent quota: All you needed to know and your newspaper won’t tell 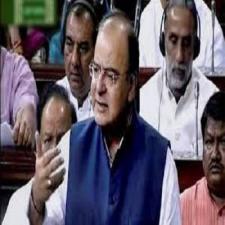 It’s mayhem in our newspapers. Nobody has come out in support of 10 percent reservation bill which the Modi government has sought for economically backward classes. Through their editorials, columns, opposition quips, wall-to-wall coverage, we the readers are left with four major antipathies: (a) It’s an election gimmick; (b) It’s a “jumla”; (c) It’s breach of the 50 per cent reservation quota; (d) it provides quota on economic criteria.  All of them agree: It wouldn’t stand the judicial scrutiny.

You see readers, I try to make it simple for you. The above points are all there is to it. NOTHING ELSE.  Save yourself from the fatigue which your newspapers are inflicting upon you.  For example the Indian Express has no less than six pages devoted majorly on this issue today. Or The Hindu which has an editorial and a column besides the coverage on front page. Times of India and Hindustan Times are a little better but only in comparison.

Indian Express has gone berserk to raid the mind and heart of its readers. Three big pieces from A.M. Ahmad (a former Chief Justice of India), Faizan Mustafa (vice-chancellor NALSAR University of Law) and PS Krishnan (ex-secretary of Government of India) put its readers under siege. The newspaper still won’t let up. It quotes from national parties you wouldn’t have heard in your lifetimes, especially if you are not from Kerala: Revolutionary Socialist Party and Indian Union Muslim League. Doesn’t matter if their presence in Lok Sabha is only 1-2 members.  It quotes Congress member KV Thomas: “You (BJP) are butchering Indian democracy;” and gives a screaming headline: “Opposition sit-in in House to protest extra sitting.”

Such a massive coverage and not a line on what Arun Jaitley said in defence. Surely Indian Express was not lacking in man-power, space or intent. Then why blank the man who is BJP’s voice and who has demolished all the above points in his typical clinical fashion? What happens to the time-tested commandment of journalism to present both sides equally? Why not admit you are partisan.

So readers hear out what Jaitley said on all the points: punch for punch, blow for blow. His words are in quotes:

Jaitley firmly opined: “No legal pitfalls in the way the legislation has been designed…it buffers it from any adverse legal opinion.”

All the English newspapers have gone big on stating that a similar attempt by PV Narasimha Rao had been struck down by the courts. Most obscured Jaitley’s views on it: “PV Narasimha Rao brought it through notifications. States too tried reservation through notification or normal law. They didn’t have power from Constitution…there was no provision in the Constitution which supported quota on economic criteria (as the BJP government has now sought through the Constitution.)”  Or that “21 private members bills have sought a similar quota in the Parliament over time.”

This piece is not about the merit of the move: whether the country needs further reservations or not. This article is about how English mainstream media misleads its readers and warps facts. For the readers to question who gains if India loses.

If anything, our newspapers should have exposed the hypocrisy of political parties who put the same in their manifesto, give a mouthful in front of media yet vote in favour to the extent that the scoreline is 323-3. Or what Jaitley pithily said about the Left: “The Communists were opposing a measure brought for the poor.”