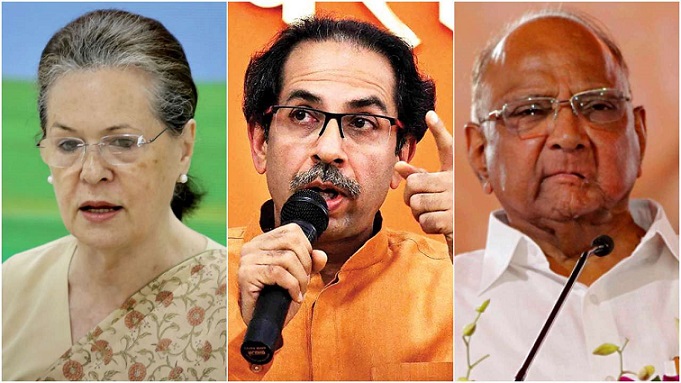 After the expansion of Maharashtra cabinet, a report has said that 12 National Congress Party (NCP) MLAs could join Bharatiya Janata Party (BJP) by this month-end, putting the future of Maha Aghadi government of Shiv Sena, Congress and NCP in doubt.

These MLAs, as per the report, are from west Maharashtra and in touch with central leaders of BJP in recent times.

These MLAs have registered their discontent with the working of the Maharashtra Vikas Aghadi government. These MLAs are said to belong to the same group who once supported Maharashtra Deputy CM and senior leader Ajit Pawar in forming the temporary BJP government in 2019 along with Devendra Fadnavis.

It was last month when Maharashtra CM Uddhav Thackeray took a dig at BJP and challenged them. Expressing his full confidence over his flock, Thackeray had dared the opposition to topple his government. He remarked that there is no threat to his government and even though the state is under the alliance government, he has firm control over everything.

In an interview given to Shiv Sena mouthpiece, ‘Saamna’ Thackeray had said: “The future of my government is not in the hands of the opposition. The steering is in my hands. A three-wheeler (auto-rickshaw) is a vehicle of poor people. The other two are sitting behind,”

Earlier, Devendra Fadnavis has questioned the stability of this “three-wheeler auto-rickshaw” in which each wheel is opposed to the other on ideology.

Interestingly, just after his remarks, deputy chief minister, Ajit Pawar, on the occasion of Uddhav Thackeray’s birthday, posted a photo with both of them in a vehicle. But it was not Mr. Thackeray who was steering the vehicle, rather it was Pawar.