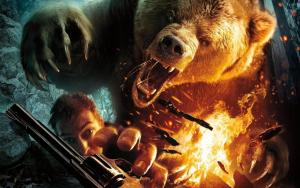 As the year draws to a close, there is just enough time to look back on a US Intelligence Agency report written 15 years ago, which tried to envision what Russia would be like in the year 2015. Let’s take a look inside the US National Intelligence Council’s (NIC) Global Trends 2015 report and see what they predicted, and what they missed.

The US National Intelligence Council’s 2015 report envisaged a series of challenges and important geopolitical and scientific changes; it correctly predicted the internet revolution, the increase in consumption of genetically modified products, the rise of international terrorism and even the refugee crisis in the West.

But what the US intelligence community failed to foresee was the rise of Russia and its transformation into an influential geopolitical player by 2015. This is what the NIC’s Global Trends 2015 predicted:

“Between now and 2015, Moscow will be challenged even more than today to adjust its expectations for world leadership to its dramatically reduced resources. The most likely outcome is a Russia that remains internally weak and institutionally linked to the international system primarily through the permanent seat on the UN Security Council.”

The report depicted a gloomy future for Russia and former Soviet republics, the population of the Slavic core would continue to decline, the centrality of Russia would continue to diminish and by 2015, “Eurasia” would be a “geographic term lacking a unifying political, economic and cultural reality.”

“The Soviet economic inheritance will continue to plague Russia. Besides a crumbling physical infrastructure, years of environmental neglect are taking a toll on the population, a toll made worse by such societal costs of transition as alcoholism, cardiac diseases, drugs, and a worsening health delivery system,” the report stated.

The authors of the report believed that the “effective governance” would be nearly impossible for a country as large and diverse as Russia. They did not exclude the dissolution of the state by 2015.

Needless to say, the picture drawn by the American intelligence specialists bears no relation to reality. How did they get it so wrong?

“The prognosis was made in 2000 when our country (Russia), frankly speaking, had not yet recovered after the events of 1991 (the dissolution of the Soviet Union). Indeed, at that time it looked as if Russia had no prospects,” Nikolai Shlyamin, a Russian political analyst, noted.

According to the political analyst, it is not the first time the West’s dismal prognoses regarding Russia’s future have not come true.

It is absolutely futile to make forecasts for Russia’s political and economic developments, Shlyamin believes. “Things are changing swiftly in the country, and are sometimes in direct contradiction to common logic and established historical principles.”

Contrary to the NIC’s gloomy expectations, the Russian Federation has not only recovered from the geopolitical catastrophe of the 1990s, but has regained its status as a great regional power and influential global player.

Not in the US intelligence community’s wildest dreams would Russia have re-unified with Crimea, which was meant to become the Pentagon’s foothold after ultra-nationalists came to power in Kiev in 2014.

The CIA and other American intelligence agencies have also failed to foresee that the Kremlin would evade Washington’s geopolitical trap in Ukraine, sustain its status quo and resist NATO’s attempts to drag Moscow into an exhausting military confrontation.

It is obvious that Russia’s decision to carry out a full-scale air campaign in Syria also caught Washington by surprise, as well as Russia’s outstanding military capabilities demonstrated during the three months of the successful Syrian operation.

Turkey’s treacherous attack on the Russian SU-24 on November 24 has not affected Moscow’s operations in Syria. If it were a pre-planned provocation harboured by Ankara and NATO, it evidently ahs gone wrong. Apparently, someone has once again miscalculated Russia.

The failure of the US intelligence agencies have not gone unnoticed. The spy community’s inability to foresee the Kremlin’s moves have prompted growing concerns among US lawmakers.

In October 2015, a week after Russia launched its campaign of air strikes in Syria, the intelligence committees of the US Senate and House of Representatives started probing into American intelligence agencies’ repeated lapses.

The intelligence community admitted that although it did closely follow Russia’s moves in Ukraine and in Syria it could not assess how far the Russians were prepared to go.

As Shlyamin noticed, it is not for the first time the West has failed to properly evaluate Russia’s capabilities. In the 20th century Western experts repeatedly predicted that Russia would be destroyed either by revolution or by the war. However, the country has managed to overcome all the difficulties it has faced and grown back into its status as a super power.