2020: China afflicted the world but dare anyone blame Beijing for Covid-19 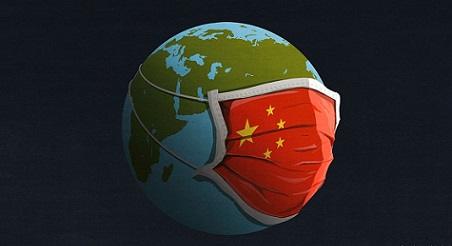 The year 2020 had the world cursing Coronavirus and in essence the one who afflicted humanity: China. Indeed, the pandemic had been set in motion in 2019 itself, hence Covid-19, but it’s not 2021 and the issue is far from settled.

Covid-19 is a genuine Chinese skullduggery. The first cases were found in Wuhan city of Hubei province and it was in the fitness of things that it should have been called Wuhan virus. Leave aside Wuhan, the city, which could have helped pinpoint the place of origin, even the name of the country, China, is missing from everyday discourse.

How strong is the stranglehold of China globally perhaps can be gauzed from the fact that an official WHO probe into the origins of Wuhan virus has not begun till December 31, 2020! How pathetic is the conduct of a person named Tedros who heads the WHO! How sick is the mindset and how blighted the vision of this man! With Australia, America and many other nations keen for the probe, but China stalling it, the probe has gone nowhere.

For the first time, the unlimited potential of biological warfare is unfolding before us all. Simultaneously, the absolute impotence of the global order is also manifesting itself as never before. Leave aside being punished for what it has unleashed on the world, China may have made huge piles of money from the pandemic!

From cold Alaska to Arabian deserts, from east coast to west coast of America, from one end of Russia to another straddling across 11 time zones, Latin America, Europe, no area has escaped virus infection. The Chinese virus is perhaps the worst kept secret of the world in that we all know that it originated in Wuhan but nobody seems to be saying so. What a travesty of truth and brute use of its control over global order China is propagating.

On the plus side, there are hopes that some vaccines may be administered to crores of people in 2021. If 2020 was entirely a year of the virus, 2021 seems destined to be an year of vaccines. The most vital activity worldwide is going to be the manufacture, storage and distribution of the vaccines. The pharmaceutical industry is undoubtedly going to be the most profitable sector in this year. The indomitable spirit that defines all progress made by humans may triumph once again. As it did in the past but anyone around now is unlikely to forget this year in a hurry.

The Indian Express today has an apt image on page 1, column 1 top. It is a powerful image drawn by Unny of a lad, 2021, putting 2020 in a bin marked TRASH. Another bin RECYCLE is also visible in the frame but of course, there is none among us who would like to recycle 2020!