26/11: US got its Osama in Abbottabad; Wish India could do same to Hafiz Saeed 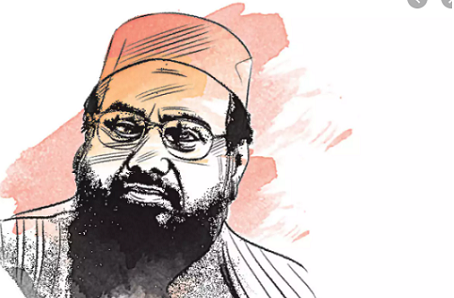 If 9/11 signifies a horror perpetrated by Islamic radicals in the US in 2001, 26/11 is a term which evokes horrific memories of Lashkar-e-Taiba (LeT) attacks in Mumbai in the year 2008. Designating the mastermind of that attack Hafiz Saeed as “terrorist” and keeping a bounty of $10 million on his head have not changed anything in Pakistan. The US took out Osama bin Laden in his Abbotabad hideout, but nothing has happened to Saeed.

He continues to remain an invaluable asset for Pakistan’s spy agency Inter Services Intelligence (ISI). A Pakistan court declared him as guilty in some cases recently, and announced that he will have to spend 10 years in jail. This seems every bit a sham conviction, meant to deflect criticism from the Financial Action Task Force (FATF). Pakistan is already in the FATF grey list for backing terrorist activities and as long as China is backing Islamabad, might never be blacklisted.

After a bunch of 10 LeT terrorists descended on Mumbai on November 26, 2008, all hell broke loose. At least 166 people lost their lives, among them many Americans, and a couple of Israeli Jews too. Only one terrorist Ajmal Kasab, among them, could be arrested alive and was hanged years later.

What does it indicate about our judicial processes that Kasab, a Pakistani LeT terrorist arrested in Mumbai terror attack, could be hanged only in November 2012? He was hanged to death for being guilty of 80 offences, including waging war against India.

Seriously, does a charge-sheet meant to take Kasab, and others like him, need to have 80 charges? Any trial court will need to examine each charge separately and weigh in whether it had irrefutable evidence or not. Why not keep the charges to bare minimum, say five or six, collate evidence for all, but present only partial evidence in court for hastening the trial?

A reputed criminal lawyer was asked why it took years to conclude any trial gave his piece of mind. He blamed the prosecuting agencies for being responsive for unnecessary delays. He said: If you file 28 cases against someone, instead of one or two, with foolproof evidence, the court will give its verdict one way or the other, early. Whether an accused gets life imprisonment or death sentence in one case, or 10, how does it matter? The convict can be hanged, or given life imprisonment, only once and that is good enough.

He said it was good that now we have a separate specialised agency to investigate terror cases. He was referring to National Investigation Agency (NIA) which was born out of the womb of 26/11. Prime Minister Manmohan Singh heading the United Progressive Alliance (UPA) government then was timid in responding to these attacks.

There are credible reports in public domain now that the Indian Air Force (IAF) was ready to carry out aerial strikes at select targets in Pakistan. Similar to those which were carried out on February 27, 2019, at Balakot after the Pulwama terror attack. However, the UPA government said that it may lead to escalation and decided otherwise.

In November 2008, ISI was headed by Lt Gen Shuja Pasha and then Ambassador Hussain Haqqani, recalls his meeting with him. Haqqani said Shuja Pasha told him that “Loag hamaray thay, operation hamara nahin thaa”. This is very clear that the Pakistani spy agency had planned the attack though it was executed by LeT men. This use of terror proxies by Pakistan against India is an old story, repeated ad nauseum.

Till Balakot happened. By escalating to the level of aerial strikes located deep in Pakistan territory, India managed to send a clear message to Islamabad. The clear message is that it will not condone any terror attacks originating from the Pakistani soil as used to happen in the past. The consequences for Pakistan for orchestrating such activities could be grave. The scaling down of relations between the two nations, putting on trade and travel restrictions also are meant to reinforce the same message.

The advantage of this messaging is that in the foreseeable future, till the end of Prime Minister Narendra Modi’s second term in mid-2024, this policy looks likely to hold. One thing that will not change is that the events of 26/11/2008 casting their shadow on Indo-Pak relations. This is for as long as Hafiz Saeed and Zakiur Rehman Lakhvi, two persons who orchestrated the Mumbai attacks, are around.

These are two persons against whom India has provided enough evidence to the Pakistan government that they are involved in terrorist activities. Evidence against several others has also been provided but all dismissed with utter disdain. Instead of providing evidence, threats of being punished as happened in case of Balakot strikes has proved to be a much effective policy against our western neighbour.

The operations against the terrorists holed up in iconic Oberoi and Taj hotels were delayed as special commando teams had to be flown in from Gurgaon. NSG commandos are today dispersed more strategically at several locations throughout the country. Just as the NIA also has many centres today to cater to different regions.

The NIA was founded by late R V Raju, an IPS officer who had spent many years in Jammu and Kashmir. Initially, even the core team of the NIA housed in Delhi comprised several other members drawn from J&K. Right from inspectors to SSPs, Raju handpicked men who had worked in the frontline of anti-terrorist operations. IGP Jammu Mukesh Singh was also among the few handpicked officers who were taken on deputation to NIA.

As we mark the 12th anniversary of 26/11 attack today, Pakistan has not mended its basic policy of using terror as a state policy. It has been left to us now to respond to all terror threats emanating from the Pakistani soil adequately. For too long, we dangled the carrot of friendly relations before it. Now, the alternative policy of using a long and stout stick to wack some sense into a rogue state is on.