80% of Jammu is hills; only 20% is Kashmir Valley: Delimitation can’t be a one-pony trick 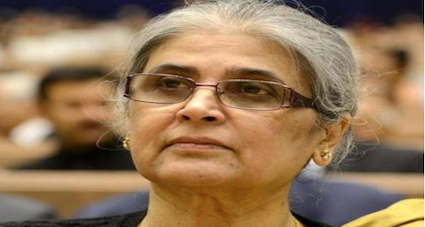 Population is one of the criteria, not the only one, used for delimiting territorial constituencies for different legislatures, be it state legislative assemblies, or the Lok Sabha. It is not the sole criteria and due consideration has to be given to geographical compactness, means of communication, terrain, and the like. As per the Representation of Peoples Act that was formulated by our Parliament so that people in different areas get equitable (not equal) representation.

The word equitable is very important, very crucial for equal does not carry the same meaning or substance that this word has. May be explaining it a bit more will help understand things better and contextualise them. Let us talk of two hypothetical persons A and B who are in two different professions, with former a wrestler of 90 kg and the later a 60 kg doctor. They both don’t need equal diets, and the first will obviously need more calories, and more food. They cannot be given equal amounts of food items in the name of equality for that would be grossly unfair.

When the delimitation of Legislative Assembly segments was done last time in 1995, Gandhi Nagar segment in Jammu district had 1,15,286 voters, Batmaloo in Srinagar had 74,601 voters and Gurez was carved out as a separate assembly segment with only 9,900 voters in 1995. This was a patently unfair and unjust delimitation as Batmaloo was (and is still) far smaller and better developed than Gandhi Nagar. If carving out a segment of Gurez was justified, why were Navapachi in Kishtwar, Mandi-Loran in Poonch, Koteranka in Rajouri, Lohai-Malhar of Billawar and several others not made into separate assembly segments?

The remote and hilly areas, backward in terms of having fewer roads, fewer medical facilities, fewer schools, have to be given due weightage while carving out constituencies. In Kashmir, almost 80 per cent of areas are plains, with 20 per cent posing terrain related problems. In Jammu, over 80 per cent areas are hills, or very remote mountainous terrain with only 20 per cent being plains. This in itself is capable of correcting the political imbalance deliberately created in favour of the Kashmir region.

Some days ago, Kashmir-based parties, including the National Conference (NC), the People’s Conference and CPI-M met visiting Delimitation Commission at Srinagar. These anti-Jammu outfits laid emphasis on population and said that this should be the sole criteria for delimitation. Sajad Lone’s PC said: “Area and stones don’t need representation; population need.” Yusuf Tarigami-led CPI-M said: “2011 census must be the sole criteria”.

The crux of other delegations in Kashmir was similar, laying emphasis on population alone. However, it is important that that the commission should delimit segments on the basis of population, physical features or nature of terrain and topography, communication or accessibility and conveniences available to the public.

In 2019, the number of registered voters in Jammu was 33,17,227 (Jammu and Udhampur Lok Sabha seats). In Kashmir, the total number of registered voters was higher and pegged at 36,99,139 (Baramulla, Srinagar and Anantnag Lok Sabha segments). The difference was only 3.8 lakh while as according to census 2011 figures, the population of Kashmir was 15 lakh more than that of Jammu. This clearly indicates that the census figures were fudged and inflated in favour of Kashmir.

As pointed out in a report earlier, the Constituent Assembly segments in Jammu were carved out at 48,000 people (population, not voters) in 1951 and in Kashmir at 39,000 people (population, not voters). This led firm foundations of gross political discrimination against the Jammu region and it has suffered in the hands of wily Kashmiri politicians, and their collaborators in Delhi.

The Delimitation Commission headed by Justice (retired) Ranjana Prakash can correct the historical wrongs in the days to come. When it gives its award, or recommendations, taking due note of the gross irregularities committed in the past.

On March 1 this year, over six months ago, Prime Minister Narendra Modi got his first dose of Bharat Biotech’s Covaxin at All India...