9 of 11 components-makers of Apple have shifted to India: Prasad 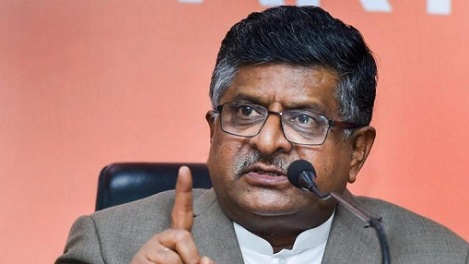 About 9 of 11 component-makers of Apple have shifted their units from China to India, it was revealed by Union minister for Electronics and IT, Ravi Shankar Prasad on Thursday.

The Union minister was addressing the 23rd edition of Bengaluru Tech Summit and claimed that Apple had chosen Bengaluru for manufacturing iPhones.

Prasad had said that the Production-Linked Incentive scheme (PLI) has been a huge success in terms of the applications received from global as well as domestic mobile phone manufacturing companies and electronic components manufacturers.

“Major global and Indian mobile phone manufacturers have now invested close to â‚¹11,000-lakh crore in India and have committed to manufacture phones worth â‚¹10.50-lakh crore.” He added.

Prasad said that out of the nearly Rs 11 lakh crore proposed investment by major global companies in the next five years to manufacture mobiles and components, Rs seven lakh crore would be only for exports.

Mentioning that the global manufacturing world was looking towards alternative destinations,,  he said, even during the pandemic, the communications and IT sector received 7-plus percent growth, and major global investments have come India way.

The summit was inaugurated by Prime Minister Narendra Modi where he said while lockdown and travel restrictions kept the people away from the workplace the resilience of technology was visible and ensured that work from home remains uninterrupted.

The Department of Electronics, IT, Bt, and S&T of the Government of Karnataka has organized this tech summit with the theme of ‘NEXT IS NOW’. The three-day summit, due to conclude on Saturday, is focused on highlighting the role of technology and innovation in a dynamically evolving ecosystem.