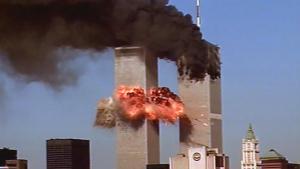 The White House hasn’t yet released 28 still-classified pages from the 9/11 Commission Report event though even though it has been out for 12 years.

In January 2015, ex-senator Bob Graham, a Commission member, told CNN that still classified pages in question “primarily deal with who financed 9/11 and they point a strong finger at Saudi Arabia.”

Even though those 28 pages are in the vault, the 9/11 Commission Report concluded it “does not exclude the likelihood that charities with significant Saudi government sponsorship diverted funds to al-Qaeda.”

Saudi officials have played to the gallery and want these redacted pages to be made public. The Bush administration hasn’t obliged, claiming  it could compromise its’ ongoing work on suspected terrorists.

Graham further states in his legal statement: “I am convinced there was a direct link between at least some of the terrorists who carried out the September 11th attacks and the government of Saudi Arabia.” He too has called on the administration to de-classify the pages.

Two days later, Rep. Stephen Lynch, a Florida Democrat, said he had read the 28 classified pages as part of the Oversight and Government Reform Committee and it did not contradict Graham’s statements.

The 9/11 victim families, in their lawsuit, blamed Saudi Arabia as financers of the act. So also is the implication by Zacarias Moussaoui, the “20th hijacker of the plot,” in his sworn statements of the legal brief. Families of 9/11 victims say President Barack Obama promised to release the pages but hasn’t walked the talk.

The 9/11 plot is virtually a beehive.

“Even though American airspace had been shut down,” Sky News reported, “the Bush administration allowed a jet to fly around the US picking up family members from 10 cities, including Los Angeles, Washington DC, Boston and Houston.”

Two dozen members of the Osama bin Laden’s family were urgently evacuated from the United States on the first days following the terrorist attacks on New York and Washington,” CBS reported.

Former White House counter-terrorism czar Richard Clarke gave his stamp of approval to the White House initiative. “Somebody brought to us for approval the decision to let an airplane, filled with Saudis, including members of the bin Laden family, leave the country,” Clarke told Vanity Fair in an interview, “So I said. Fine, let it happen.”

Clarke’s implication was that he had no choice. He soon said goodbye to the murky world of anti-terrorism and espionage. He dedicated himself to write books which are critical of Bush administration’s stance towards counter-terrorism before 9/11 attacks.

Clarke wrote in “Against All Enemies” that in the summer of 2001 the intelligence community was convinced of an imminent attack by al-Qaeda but could not get attention of Bush administration. At a July 5, 2001 White House gathering of FBI and Secret Service among others, Clarke stated “something really spectacular is going to happen here, and it’s going to happen soon.”

When FBI’s Robert Wright sought to investigate the alleged terrorist-training camps in Chicago and Kansas City in 1998, he was “sabotaged” by higher-ups.

Investigations against the Saudis were being forcibly blocked since late 1990s. A Saudi defector brought the FBI some 14,000 incriminating documents against high Saudi officials. FBI chose to treat him as a plague.

US said something on terrorism and did something completely else. Loretta Napoleoni, an expert on terror-financing, points out a curious case. Bin Laden was a state guest in the 90s with Sudan which is the leading producer of gum acacia, a key ingredient in the making of soft-drink Coca-Cola. When President Clinton plastered the Khartoum regime with sanctions, Coca-Cola lobbied for gum acacia to be excluded from the banned list. US conveniently saved business of billions and terrorism took a backseat.

Above are the excerpts from the book “How United States Shot Humanity: Muslims Ruined; Europe Next” by Ashish Shukla which is available worldwide. (http://www.amazon.com/How-United-States-Shot-Humanity/dp/8193163109/ref=sr_1_1?ie=UTF8&qid=1441936881&sr=8-1&keywords=ashish+shukla)