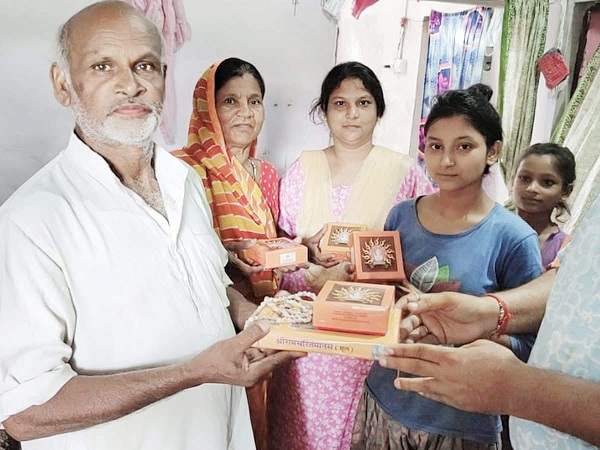 A Dalit family became the first ones to receive the Ram Mandir prasad from UP Chief Minister Yogi Adityanath after Bhoomi Pujan.

The family of Mahabir Prasad, a mason by profession, received the Prasad from Ram Mandir by the volunteers of temple which included a Ramcharitramanas and a Tulsi mala. The news agencies were informed about the same by the Chief Minister’s Media Advisor on Wednesday.

The temple trust ensured the media agencies that the prasad was later distributed among everyone else only after it was acknowledged by the family.

Mahavir Prasad is the same mason who was visited and shared meal with by Yogi Adityanath in 2019 Lok Sabha elections. Also, he came into the limelight as he was also first beneficiary of ‘Pradhan Mantri Awaas Yojna.’

Reacting to this, the family informed that they are grateful for CM for remembering them and sharing the happiness of grand ceremony with us.

While Mahabir a Dalit received the first prasad of Bhoomi Pujan, litigant Iqbal Ansari, a Muslim, was also the first one to receive an invite to attend the ceremony.