A giant step towards 2024; A mega leap in the history of Jammu and Kashmir 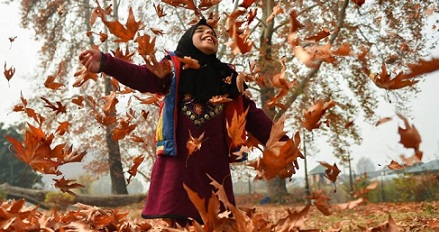 The government of India has ambitions plans for harnessing the hydropower potential available in Jammu and Kashmir. Presently, 3,504 MW of electricity is generated and in the next four years, an additional capacity of 3,498 MW will be added. Lieutenant Governor Manoj Sinha said in Jammu on Sunday that what was done in last 70 years will be done in just four years till 2024.

“J&K is taking a quantum leap from being power deficit to becoming power surplus in the next four years. For uninterrupted power supply, this is the most significant move by the government,” Sinha said. He was speaking at a function where several Memorandum of Understanding (MoUs) were signed between the Power Develop Department (PDD) and NHPC regarding many power projects. The total cost of various projects was pegged at over Rs 35,000 crore.

Sawalakote HEP is a very ambitious project which was conceive almost 40 years ago in 1984. However, flip flop over its implementation through private companies or through NHPC had led to this unpardonable delay. At one time, over two decades ago, some efforts were made to start it by creating a SPV (Special Purpose Vehicle). Lehmeyer, a French company which was involved in Baglihar power project, had shown interest in participating in this but the efforts failed.

In a significant departure from the past, these power projects will be handed over to J&K government after 40 years of commercial operations. This is clearly to scotch narratives which some parties have pushed regarding J&K’s resources being exploited by NHPC. For decades, there are insinuations in public domain that J&K government has been short-changed.

In power, or out of it, the National Conference (NC) has fanned narratives about “losses to J&K due to Indus Waters Treaty” and ownership of many power projects with NHPC. Some projects could not be executed earlier because of lack of funds needed for their implementation.

Roshni scheme, which was virtually declared a ponzi scheme by the J&K High Court in October 2020, was launched in 2001 during Farooq Abdullah’s chief ministership. The scheme was ostensibly launched to raise Rs 25,000 crore so that J&K could mobilise enough funds to finance power projects. Leave aside mega projects, the money from Roshni was not used to establish even a mini hydel project anywhere.

The worst failure of the earlier governments is perhaps regarding the execution of 850 MW Ratle project in Drabshalla (Kishtwar). The project was inaugurated by then Prime Minister Manmohan Singh in May 2013. Due to too many hassles being faced by the private contractor, GVK, the company abandoned the project after spending crores of rupees.

Giving details of the total hydel potential, Sinha said that a total of 14,867 MW potential has duly been identified but less than 25% of this has been harnessed till date.  The doubling of generation capacity will make J&K a power surplus entity, a far cry from what happens now with long power cuts, he asserted.

Besides Sinha, others present on the occasion were Minister of State for Power R K Singh and MoS in PMO Dr Jitendra Singh. For the past few years, Singh has leveraged his position in the PMO to hasten many projects. Be it AIIMS near Jammu, IIM, IIT, or several road projects, his effective intervention has helped clear projects languishing for decades.

When contacted, Dr Singh said that “some (psuedo) intellectuals smelt a conspiracy in anything and everything, hardly ever taking  note of positive developments”. The massive investment that is planned over the next few years will boost the local economy, he said.

In his speech, Sinha also said that “clean, affordable and reliable energy supply is key to growth of industries, businesses and society”. For ensuring uninterrupted power supply over the next few years, besides harnessing hydropower potential, solar power generation will also be augmented.

Besides mega projects, MoUs for important power projects for efficient transmission and distribution (T&D) of power were also signed. Massive T&D losses have been the bane of the existing network and fixing leakages can make a lot of difference. Many small hydropower projects at different stages have also been identified and will be completed.

The history of hydel power generation in J&K back to almost 115 years ago when European engineers created 9 MW Mahura power project near Uri which used to supply electricity to Srinagar city those days. An extraordinary project in so many ways, the water that was used for power generation flowed through a canal made of wooden deodar sleepers! The project was functional till 1992 and efforts are on to revive it as a “heritage project”.